The Witness for the Prosecution

This three-part BBC miniseries is based on the 1925 Agatha Christie short story and is a riveting tale of deceit and desire. It stars Toby Jones (“Tinker Tailor Soldier Spy”), Andrea Riseborough (“Bloodline”) and Kim Cattrall (“Sex and the City”).

Steve Harvey serves as the judge and jury in this strange new unscripted comedy series. Apparently real people will present real conflicts in his courtroom. It looks like the comedian is following in the footsteps of Jerry Springer, who also ditched his talk show for the courtroom. I’m not sure if that is ever the guy you want to be following. Also, can we really trust the deduction of a judge who crowned the wrong Miss Universe?

The best drama on television returns for its sixth and final season. Never before has the “all good things must come to an end” saying been so tested as the story of the Pearson family has gripped us all. This season will be particularly poignant simply because all of the flash forwards from past seasons have been leading up to this crescendo. Who does Kevin end up with? Will Rebecca Pearson make it through the season? And can they please just rewrite history and bring Jack back? The #ThisWasUs hashtag has been trending and it is doubtful that any fans are truly ready to refer to the series in the past tense.

When “The Amazing Race” initially pushed ahead on the show’s 33rd season in February 2020, the show’s producers had to keep track of where things were with COVID-19 around the world. Despite drawing up “Plan B” destinations, just a few weeks later the entire production was halted with global travel completely stunted. After waiting more than a year, executive producers Bertram Van Munster and Elise Doganieri were finally able to shoot again. With that said, this season will look very different from its 32 predecessors. There’s a chartered 757 plane for the contestants to stay safe and away from public airports. This, however, takes away one of the best parts of the show as teams usually scheme at the airport to get onto better flights. A special route has also apparently been designed. Definitely the top pick of the week just to see how it will all play out.

I Can See Your Voice

Hosted by Ken Jeong, the show sees permanent panellists Cheryl Hines and Adrienne Bailon-Houghton joined by different celebrities every week with the challenge of being able to tell the difference between good and bad singers … without hearing them sing a note. It’s like the anti-“Voice.”

Joe Millionaire: For Richer Or Poorer

In 2003, “Joe Millionaire” was what everybody was talking about. Credited as one of the programs that helped push reality television into the mainstream, the show ended with nearly 40 million people tuning in to find out that the millionaire the final contestant thought she was dating was not actually a millionaire at all. Now, nearly two decades later, the show is back with a twist. This time, the women date one millionaire and one non-millionaire to see if personality really matters. Can’t wait.

See also  Aliens Area Chapter 7 Release Date and Time, Countdown, When Is It Coming Out?

If you are an avid TikToker (and who among us isn’t?) you have heard of the “Hype House.” It is the $5-million mansion where a bunch of young influencers were placed and asked to create content. Now it is also the home for a new unscripted series. The show features social media stars including Nikita Dragun, Sienna Mae Gomez, Chase Hudson and Jack Wright as they “come into their own, fall in love and tackle the next stage of their lives.” Pardon the obvious pun, but this show got a lot of hype during filming and it’s time to see if Netflix can deliver on it.

This important three-part animated series for kids and families follows a young girl named Cece as she loses her hearing and finds her inner superhero. The story is relatable for many kids who are hearing impaired as they will see Cece try and make friends while wearing her hearing aid on her chest. With help from her superhero alter-ego, “El Deafo,” Cece will prove why she is extraordinary to herself and to anyone who tunes in.

The Most Dangerous Animal of All

Based on the New York Times bestselling book, this four-part documentary series explores one man’s search for the father who abandoned him. His search leads him to the unthinkable as he realized his dad could be the Zodiac Killer. Be prepared for a slow burn though.

Amazon Prime Video has high hopes for this coming-of-age story that is directed by George Clooney and stars Ben Affleck. It’s the story of a fatherless boy who moves into his grandfather’s house after he and his mother experience even harder times.

When “Dexter” went off the air in 2013, it was generally regarded as one of the worst series finales ever. Many fans thought the vigilante serial killer should have died along with the show at the time. Now, just under a decade later, it will be interesting to see how the writers right the wrong in the show’s reboot. The reimagining of “Dexter: New Blood” saw Morgan assume the role of protector by watching over his teenage son. In the season finale, we will find out if this truly was a passing of the torch and if Michael C. Hall’s character will become the hunted instead of the hunter. 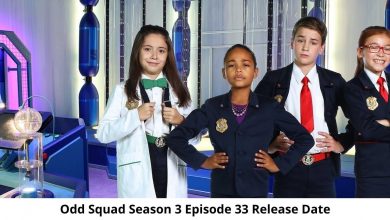 Odd Squad Season 3 Episode 33 Release Date and Time, Countdown, When Is It Coming Out? 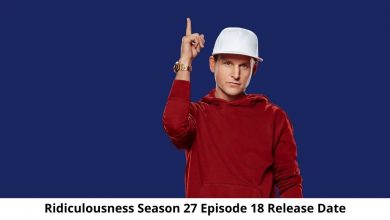 Ridiculousness Season 27 Episode 18 Release Date and Time, Countdown, When Is It Coming Out? 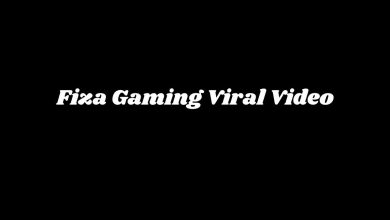