Everyone plays games differently. Some of us buy nothing but digital games, preferring to be able to play whatever we want, wherever we want; others meticulously collect every single physical release they can get their mitts on, before prices skyrocket for a second-hand copy on eBay.

But one thing most of us have in common, especially those of us who gamed before digital-only games were a thing, is a collection of things that represent our gaming career. Sometimes, that’s the pristine shrink-wrapped copy of Ocarina of Time that we bought in 199whatever from a garage sale that didn’t know what they had; sometimes, our gaming pride and joy is one of those clear bouncy balls with a plastic Pikachu inside it, because it has sentimental meaning to us.

So, we decided to poll the Nintendo Life staff — arguably all massive nerds, since we all chose to work in games — to find out what the highlight of their gaming collection would be… 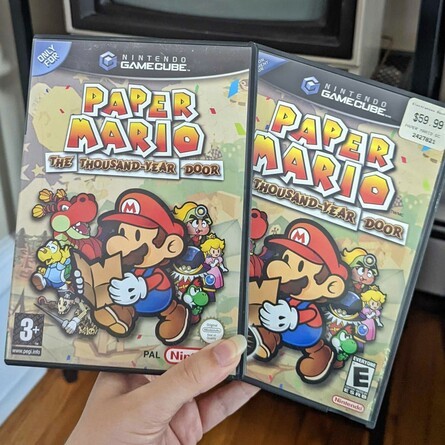 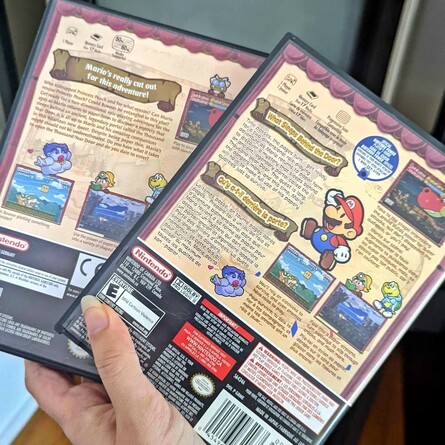 It’s probably not literally the most valuable game in my collection — I have a fair few DS and 3DS games that are relatively rare — but Paper Mario: The Thousand-Year Door has quite the story for me. And that’s why I technically own three copies (one’s in the care of my brother in the UK)…

The one on the left (with the PEGI rating) is my original copy. Until this year, I thought that my dad had sold all my GameCube games back in the mid-2000s, but when he came to visit he surprised me with a bunch of them — Star Fox Adventures, Sonic Adventure 2: Battle, and Paper Mario: TTYD! I’ve been annoyed with him for DECADES at this point for getting rid of all my games, and it turns out he had them all along!

I had been slowly trying to replace my ‘Cube games over the years (ALTHOUGH APPARENTLY I DIDN’T NEED TO), which included a £35 disc-only copy of TTYD that came to me shipped in nothing but bubble wrap, because I couldn’t get emulation software to figure out how to render the paper-thin characters. Eventually, when I met my partner, we bonded over the games we loved, and since Paper Mario: TTYD is my favourite game, I insisted that he had to play it. Over the next few months, he would send me photos of him playing it on his old CRT. And now we live together!! Thanks, Paper Mario!

Now that I have my original copy, plus access to my partner’s Canadian ESRB-rated copy, I have an embarrassment of Paper Mario riches. The terrible thing is that I have actually barely played it since getting it back. But it’s never leaving my side again. I’m going to be buried with this thing.

I wish I was a collector or had some super rare video game to show off, but today, I at least get to share the video game that means the most to me.

If you had a Dreamcast and loved RPGs, then you may have heard of Skies of Arcadia. Released in 2000, you play as a band of Robin Hood-esque air pirates who go on a quest to save the world, and it’s one of the system’s best games. It made a huge impression on me; as a sheltered, shy kid, the idea that I could jump into a digital world and explore the skies for hours upon hours was enrapturing. So when I found out about the GameCube version – Skies of Arcadia Legends – I had to get a copy.

Every single time I return to Arcadia, I play through the game so thoroughly, hunting for the same discoveries over and over, taking down bounties and claiming my rewards, and just enjoying sailing the skies with Vyse, Aika, and Fina. I’d take my GameCube over to my grandparents’ house when stayed there at the weekends just so I could play it – and they were even interested in the game! With every replay of the game, its sense of adventure and optimism became something I would continually strive for.

I probably wouldn’t love RPGs, or even be here writing about video games, if it wasn’t for the wonder and joy that Skies of Arcadia continues to bring to me. Even listening to the music or seeing screenshots of it still makes my eyes sparkle today. Copies of the game don’t go for cheap on eBay sadly, but regardless of its rarity, it’s the most valuable game to me.

Zion’s Highlight Isn’t Even A Game

I just turned 30 the other day and it’s pretty wild when I think about the fact I’ve been collecting video game goodies for over twenty years now. When I would go around garage sailing or thrifting with my friends and family, they would know to always keep an eye out for anything even remotely video game related for me. I loved it all! I remember finding packs of old Life Savers candies that had Sonic the Hedgehog 3 branding on them at some sort of warehouse discount store. These had long expired, but you know who still bought them… and still has some? Well, let’s just pretend for a moment that isn’t me, hehe.

To this day, I still collect a borderline obsessive amount of games and memorabilia. I’m just so fascinated by the history of certain objects and I love having something fun to display for my favorite games! So when it comes down to picking one thing that I really love, it’s pretty hard. Sure I could pick a rare game that I own or a limited edition statue or something, but instead I’m choosing this odd little piece of presswood.

See also  New To Temtem? This Handy Tips And Tricks Trailer Is Here To Help

This right here is a piece of the slatwall from the local Software etc/GameStop of my old hometown. I worked there for a little over 3 years and was a customer from my earliest days to the day it closed up. I was there on its final day and found this piece of the wall lying on the ground. Now, these scribbles you see all over are signatures of some of the fine folk I worked with there over the years. I met some incredible people in that shopping mall store and I guarantee I wouldn’t be where I am today without them all. You are the reason I collect and the reason I love this hobby so much.

My gaming collection highlight is… (771 votes)

NRFB? Not For Jim

I know what you’re thinking. I imagine it’s something along the lines of “hold on a minute Jim, that’s just a standard – if not quite clearly bootlegged – edition of The Legend of Zelda: The Minish Cap, probably the most underrated game in the entire franchise.” First off, I was very young when I bought this and the store was less than reputable, so the un-officiality of the cartridge comes as little surprise to me now that I’m all grown up; secondly, I entirely agree with you, it’s fantastic. However, this isn’t just any old dodgy copy of the game, it’s my dodgy copy.

I was raised on Zelda, almost literally. My parents bought an N64 while I was a baby, and I grew up obsessing over getting the chance to play Ocarina of Time at every moment I had. While I put in an impressive number of man hours for such a small child, the game was never truly mine.

Enter The Minish Cap. I bought the very cartridge pictured above from one of those stores where you can buy just the game in a little bag – no official packaging, no sense of font consistency, no problems (I’ll admit, I should have spotted the bootleg signs at age 5).It may not have been particularly ground-breaking for the Zelda franchise, but it was completely ground-breaking for me. My first ever Zelda game! Back in the days before there was a guide in every corner of the internet, I put the hard grind into this game, and it gave me some of my most joyful gaming experiences in return – the less said about my excitement over finally being able to jump higher thanks to the Roc’s Cape, the better.

Hey (Navi pun fully intended), it might not be the rarest game in the world and it certainly isn’t officially licensed by any means, but it undoubtedly sits at the top of my collection.

Opening the Billy bookcases and scanning my collection, it’s hard to choose a single thing – not because I have some enormous trove of gaming items, but it’s easy to start thinking of how much things are worth, rather than how much they’re worth to you.

Ultimately, what I could get for them on eBay doesn’t really factor. So after pushing that from my mind, the games and hardware that really stick out are items I thought were incredibly cool but unattainable 20-30 years ago – things I’ve been lucky enough to acquire as an adult.

My Japanese N64 copy of Sin & Punishment is up there, but I’m going to have to go with my Spice Orange GameCube. I remember lusting after it nearly two decades ago, and it still gives me a buzz to open the cupboard and see it sitting there, in my possession. Me! With a Spice Orange GameCube! Pr-ittyyy neat.
The only thing spicier would be if I came into possession of either a Panasonic Q, a Japan-only DVD-playing GameCube which looks the absolute business, or a 64DD. (Yes, I am obsessed with Japan-only Nintendo hardware.) Either one of those would quickly jump to the top of the highlights pile. You know, if I had a spare few grand to spend.

Ollie’s Choice Was 15+ Years In The Making

So, here’s the thing (because I know many of you will be sniggering at my very recent choice): I’m not one for collecting physical games. Like, at all. Many of you are flying the flag for physical games and I think that’s absolutely wonderful, but for me, I simply don’t have the space for them; I download the vast majority of my games for sheer convenience.

When Metroid Dread was announced, however, that was an entirely different (morph) ball game. Metroid is undoubtedly my favourite franchise from Nintendo and I think I can speak for a lot of people when I say that I was devastated that the long-rumoured sequel to Metroid Fusion probably wouldn’t see the light of day. When I saw the in-game teaser for Dread way back in 2007 on Metroid Prime 3, I was unreasonably excited, so you can imagine my increasing disappointment with each passing year, knowing that Nintendo had probably buried the game in the depths of its archives.

So yes, if I’m going to pick up a physical collector’s edition, it was always going to be Metroid Dread. What’s more, the art book that comes with it is a beautiful celebration of the mainline games (i.e. Metroid 1-5), containing dozens of concept art and key images in an A4 hardback book with nearly 200 pages; if that’s not an indication of the care and attention this release received, I don’t know what is! More of this please, Nintendo. 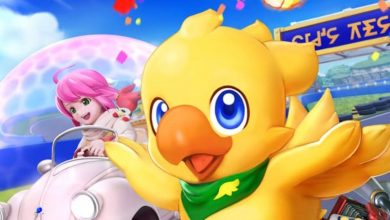 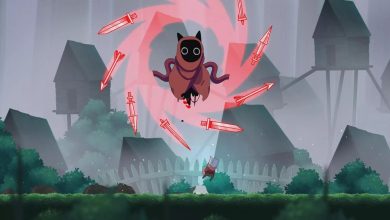 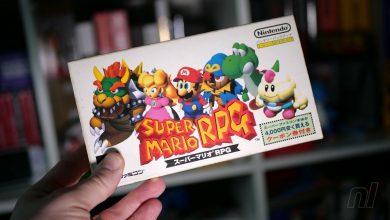 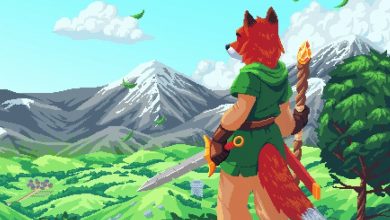