A few months ago, the Toronto-based pop star Ralph found herself in a bit of a funk.

And who could blame her? Within months of releasing her third EP “Gradience,” the woman born Raffaela Weyman found her future touring plans in flux due to pandemic unpredictability.

“I had a low moment where, due to the time that you’re not touring and gaining more fans and exposure, where I had a crisis of confidence.”

Because she’s a pop artist, whose audiences tend to be among music’s most fickle, Ralph was concerned that her career was at a standstill, despite releasing two well-received peppy pop videos in “Tommy” and “Love Potion.”

“I thought, ‘am I just going to age out? Is the horse going to be taken behind the barn and shot for glue? Am I still relevant?’” Ralph admitted during a pre-Christmas phone interview.

“Although it was me just being really hard on myself, as much as I love music, there’s this perpetual fear of surviving in an industry where you don’t sign a contract with your audience guaranteeing your future.”

However, a reassuring meeting with her manager made her feel better.

“I candidly told her how I was feeling,” Ralph explains. “And she had prepared this yearly summary of all my accolades. She visually showed me that my numbers on Spotify had increased; that my numbers on TikTok were higher. It was nice to see some stats and confirm that projections are going up, not down.

Ralph says that part of the reason for her career melancholy at the time was, despite at earlier alliance with Vancouver’s 604 Records, she has decided to go out on her own with a self-owned label, Rich Man Records, in partnership with her manager, Laurie Lee Boutet.

See also  Uncle From Another World Season 2 Release Date and Time, Countdown, When Is It Coming Out?

“It’s really all up to me,” she admits concerning whatever artistic decisions she makes. “And when I spiralled, I used that nervous energy to work really hard to make an EP that I friggin’ love. At least, if I love it, then whatever happens, I’ll feel like I’ve honoured myself and the project.”

A 2020 Juno Award nominee for Dance Recording of the Year for “Gravity,” the Etobicoke School of the Arts graduate has decided to take another left turn with this month’s single “Gasoline” a one-off that Ralph describes as “kind of like an Adele piano ballad” that’s not on any of her EPs.

“I wrote it at a SOCAN writing camp in Nicaragua four years ago, and the moment I wrote it I thought, ‘Oh my God, this feels like I’ve done something really important,’” she explains.

Although she received good feedback from friends and family, “my music industry peers were ‘iffy’ about it.”

While on tour in November — she managed to perform seven shows in 10 days across Canada before Omicron reared its ugly head and she had cancel a Toronto date scheduled just before the New Year — she performed “Gasoline” as an encore and was buoyed by the enthusiastic response to the song.

And that reaction led to the first of her New Year’s resolutions.

“I’d like to consistently care less about what I think other people think and focus more on my gut feelings and my intuition,” Ralph said. “I get waylaid by everyone else’s voices and opinions and I find that whenever that happens, I always regret it — even if it’s not putting out a song. I need to start operating more on my own intuition. That’s huge for me as a people pleaser.”

Her other biggie is to stop feeling envious of other performers.

“I don’t like that feeling,” she admits. “Being jealous of other people doesn’t make you feel more successful. I just need to focus more on my own goals and even my own accolades and let myself feel proud. Envy is not going to get me any closer to my goals.”

Life seems to be taking her in a positive direction: in 2022, her song “Feels Like Home” was the closing credit theme of the CBC TV series “Strays,” a spinoff of “Kim’s Convenience” — and later this month she kicks off a brief U.S. tour to Chicago, San Francisco, Los Angeles and New York, where she’s sold out a night at the Big Apple’s famed Mercury Lounge venue and is booked for two more.

She’s also working with the manufacturer of Viva Menstrual Cups on their rebrand — she’s curated a playlist for them and is working on other projects.

However, music will always be the top priority for the yoga, running and crossword-puzzle enthusiast, who fully embraced pop music after taking runs at jazz and folk.

“I think the cool thing about pop is that it’s such a hybrid genre,” Ralph explains. “People get confused because they relate pop to Britney Spears and Christina Aguilera, the really sort of bubble gum, straight-up, on-the-nose pop. But Michael Jackson is pop, Drake is pop — and there’s so much more room to infuse all of these different sounds into your own pop sound to make it unique to you.

“So my philosophy when it comes to my artistry is continuing to evolve and try new things. I would like to kind of continue to evolve and assert more Kate Bush and Bonnie Raitt influences — just new things. Evolution is important to me. I don’t believe in being stagnant and cranking out the same old stuff.” 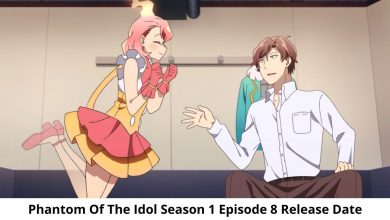 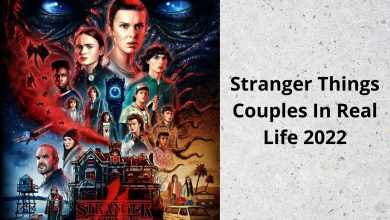 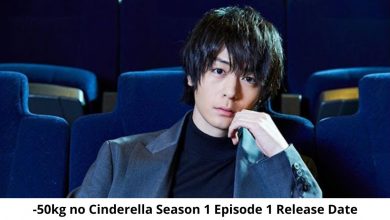 -50kg no Cinderella Season 1 Episode 1 Release Date and Time, Countdown, When Is It Coming Out? 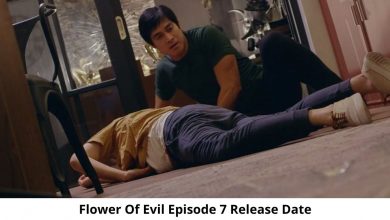 Flower Of Evil Season 1 Episode 7 Release Date and Time, Countdown, When Is It Coming Out?