I bide my time, as Kristin Davis searches for a cord.

Moments before, about halfway through a chat made possible through the hocus-pocus of laptops, her eyes had narrowed when realizing that the juice might be perilously low. Vanishing from the screen, her discombobulated voice calls out: “Marcus? Anyone? Marccccccccus?”

I mean, Charlotte York Goldenblatt would never, right? Not the immaculately prepared, type A-adjacent Charlotte, as we have come to know her after 27 years, anyway.

After about a minute: success. And just like that … power adapter panic quelled. “Hey! Hooray!” she now says from her living room, with a sort of sing-song-y gush that very much does sound like Charlotte.

Before the interval, while talking about the next chapter of “Sex and the City” — which, in my view, is less a “reboot” than a continuation and the only sane way of looking at it — she had been diverted to talk about the whole gallery of reactions, some of them negative, to the very idea of women in their 50s being front and centre on television.

“I don’t know why people feel like they can dismiss a whole section of society? That’s crazy to me,” she expressed. “I am obviously aware of this whole thing about being viable or being relevant. Whatever people say.”

Needless to say, they say a lot. With no shortage of peanut gallery yak on the HBO Max series since it relaunched in December — both about and around the show (my conversation with Davis happened before the whole Peloton brouhaha, as well as the miasma of sexual assault allegations against Chris Noth) — she went on to say, “It’s just like … ahhhhh (big exhalation of air) … I don’t know why you would discount these experiences, men or women.

“And I do not know why women who are over 50 should be made to feel that we are not interesting or valid. I think the world would fall apart if women over 50 put a bag over their heads and stayed at home, which is what people seem to be implying that we should do. So we’re here. We’re over 55. I’m 56. Still here.”

See also  Review: A solid if by-the-numbers spy thriller in ‘The 355’

Fun Fact: 55, which is Charlotte’s age on the show, is precisely the same age as the Rose (a.k.a. Betty White) character on the first season of “The Golden Girls.” A tiny nugget that tells you as much about the ways expectations around aging have veered over the decades as well as its pop culture presentation. (People all looked kinda older in old movies and TV shows, including the only-40-at-the-time Lou Grant character on “The Mary Tyler Moore Show” when that series started, which leads to a whole rabbit hole into the many reasons why: lack of sunscreen; smoking; less surgery and tinkering; people dressed formally, too; more prescribed societal roles between the generations, etc., etc.)

Snatching some time with Davis — the Southern Carolina-raised actress who rose to fame in the ’90s on “Melrose Place” but became part of the pop culture firmament with “SATC” — what I mainly wanted to ask her about was this: a dinner party scene in Episode 4 in the new series, just out, in which we get, to my mind, one of the all-time great Charlotte moments; a scene that gives us a great callback but also gives her agency.

The set-up is this: after some expert social jockeying, a few hijinks, our friendly neighbourhood Upper East Sider finds herself broadening her horizons — “It is unacceptable we do not have a more diverse friendship circle, so BRING YOUR A-GAME!” she comically nags her husband, Harry — only to find that she and Harry are the only white people at all-Black soirée. Hosted by her new BFF, glamourpuss Lisa Todd Wexley — who, as played by Nicole Ari Parker, is the most intriguing of the new additions to the “SATC” universe in my view — it is a set piece populated by the most stylish, most moneyed of the modern Black set.

“Oh, I loved that scene. I looked forward to that scene for so long. We have this wonderful writer, Keli Goff (who is Black), who wrote that episode. We talked about that at length. We really tried so hard to get it right,” Davis said.

About all the amazing Black artwork (genuine stuff lent for the scene) in the home where this party is happening (and which allows Charlotte at one point to easily rattle off the names of many of its creators, heavies like Mickalene Thomas and Gordon Parks), she told me: “I was so nervous because in the effort to get the artist’s work, it was a challenge to find out what we could use, clear it with the agents. The artists we had available changed, like, 10 times. So I had to get up on my info! I did a lot of research, like a lot of research. You know, like Charlotte would!”

Oh, I know. The scene not only zings because it is such a zeitgeist moment, but for long-time viewers it’s a canny reminder of the Charlotte origin story in the original series: the stars-in-her-eyes gallerist who brought many absurdist art-world happenings to her story (she even went to Brooklyn!), who then became a MoMA docent and gave up her career shortly before her first marriage to Trey MacDougal in Season 3.

Talking to executive producer and all-around impresario Michael Patrick King earlier in the day, he echoed some of the same thoughts about the scene, giving credit to writer Goff, too. “She is brilliantly smart! Knows everything. She wanted to do an episode where you go to a dinner party, when Charlotte and Harry walk in you see a world on television that you have not seen before on ‘Sex and the City.’ Which is very successful … very smart Black characters who are living the life. And the fun of the episode is that it is the flip that Keli experiences in Manhattan when she goes to dinner parties. Someone always confuses her with the other smart Black girl they know who is in the arts. A lot of that is in that episode.”

And, of course, Davis is “wonderful” in the scene, he added. Ran with it.

Asked now what all these years of playing this character have meant to her, she said: “It is almost really hard to remember before the show. It was a different world for me and the same for all of us. You never think as an actor that you are going to have this experience, where you are in what seems like a small little show on a small little cable network, way back in the day, and then it blossoms and is embraced around the world.”

As for what the future holds, she parted by matter-of-facting: “You thought you knew where these characters ended up. But they are still alive and still going through stuff. And we are going to show you some of that.”

“And Just Like That …” is streaming now on Crave in Canada, with new episodes on Thursdays. 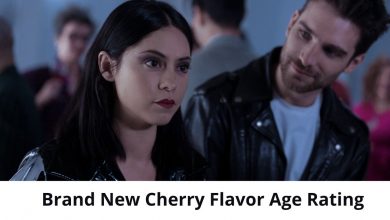 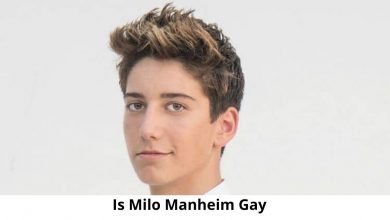 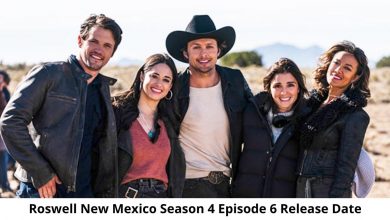 Roswell New Mexico Season 4 Episode 6 Release Date and Time, Countdown, When Is It Coming Out?