Jack “Hydroplane” Deloplaine, former Pittsburgh Steelers running back and Salem University graduate, died on Wednesday, August 3, 2022. The Steelers Alumni office confirmed the tragic news of his death. Read on to know what happened to him and how did Jack Deloplaine die.

Deloplaine turned his small college football opportunity into a successful NFL career. He played for Pittsburgh Steelers, Washington Redskins, and Chicago Bears during his professional stint. He is also a 2-time Superbowl Champion.

Ever since the news of his death emerged, fans have been paying tribute to the departed soul on social media platforms. They are remembering him as a skilled running back who always gave his all on the field.

Jack “Hydroplane” Deloplaine died on Wednesday at the age of 68 years. His family confirmed the news of his death to multiple media outlets. The former NFL running back was reportedly suffering from an unannounced illness before his death.

Salem’s athletic director Alexander Joseph shared a statement regarding Deloplaine’s death, “We are saddened by the news and express our condolences to his family and friends.”

Further details about his funeral and burial are awaited. We’ll update this section once more information is released related to this piece of news.

What was Jack Deloplaine’s Cause of Death?

Jack Deloplaine likely died a natural death as per his family’s statement. However, they didn’t reveal the exact cause of death immediately. Deloplaine was a fit guy in her younger days but as time passed, age had taken a toll on his body.

Deloplaine reportedly had an announced illness for which he was getting treated. It’s unknown if the illness played a role in his death or if he had a heart attack leading to his demise. We’ll update this section once his family offers more details surrounding his departure from this world.

Jack Deloplaine had a Short but Successful NFL Career

Jack Deloplaine was born on April 21, 1954, in Pottstown, Pennsylvania. He then moved to Harrison County, West Virginia, and attended Salem College (now Salem University). In college, he played for Salem Tigers.

He led the NAIA in scoring with 22 touchdowns in 11 games for a total of 132 points in 1975. He has been conferred the Hardman Award and was recognized as the best amateur athlete in West Virginia by the state’s sports writer associate.

Pittsburgh Steelers drafted Deloplaine in the sixth round of the 1976 NFL Draft. He then became the first player from Salem to be drafted into the NFL. He played four total seasons in the NFL. Deloplain led the Steelers in rushing in his rookie season and won a Super Bowl ring in 1980.

He also had brief stints with the Washington Redskins and Chicago Bears. Deloplained retired with 165 yards rushing on 37 carries, scoring two touchdowns. After retirement, he worked as an athletic director at a prison in Pittsburgh.

Why was Jack Deloplaine given the name “Hydroplane?”

Jack Deloplaine was fondly called “Hydroplane” due to his ability to run in wet conditions. He was given the name by Steelers broadcaster Myron Cope in 1976 during a training camp. He was also inducted into the Salem University Athletic Hall of Fame in 1988.

Deloplaine is survived by his wife Kathy, and two children Ryan and Todd. The family lived on the North Side of Pittsburgh. Todd followed in his father’s footsteps and played football in high school.

Our prayers and heart go out to Deloplaine’s family and friends. May God offer them strength and let the departed soul rest in peace. 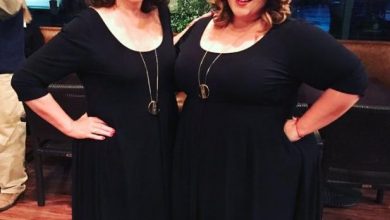 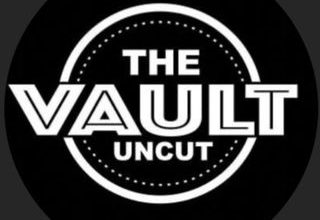