One of the first things Daren A. Herbert did when he met Adrienne C. Moore, who’s one of the leads in CBC detective dramedy “Pretty Hard Cases,” was have a private conversation about the implications of being Black actors playing police officers.

“I went up and asked her immediately about how she felt about what was happening in the States and the fact that we’re making a cop show,” Herbert said over the phone.

Moore, known for playing an inmate in “Orange Is the New Black,” is Det. Kelly Duff in “Pretty Hard Cases”; Herbert, a well known theatre actor who has appeared in TV shows like “Kim’s Convenience,” plays Det.-Sgt. Nathan Greene.

Around the time production started on the series’ first season in 2020, protests were taking place across the U.S. over the murder of George Floyd, who was Black, by a white police officer in Minneapolis. “All of it was fresh,” Herbert said, and he was feeling “a little torn … So we had a long talk about that.”

Obviously, they came to a resolution since Herbert and Moore completed filming of that first season and returned to make the second, which debuts Jan. 5.

For Herbert, accepting the contradiction was in part about “what the show itself represents for me. I couldn’t for the life of me, I still can’t — maybe I’m leaving out some programs — but I can’t think of a female-led, buddy-cop show, so to speak, since ‘Cagney and Lacey’ and I was like, how is that possible?”

(For the record, there have been but a handful of female detective shows since that 1980s hit, including one-season Canadian drama “The Detail” and popular British series “Scott & Bailey.”)

See also  The Young And The Restless Season 49 Episode 138 Release Date and Time, Countdown, When Is It Coming Out?

Aside from the rarity of a program like “Pretty Hard Cases,” “the way that we’re doing it, to me, is so much fun and yet poignant,” Herbert said.

The show is never funnier than when they’re onscreen together, but they also resonate as relatable women with complex lives outside of work.

That’s thanks also to friends and colleagues Sherry White (“Maudie”) and Tassie Cameron (“Rookie Blue”), who created “Pretty Hard Cases” as an exploration of friendship between 40-something women.

Its female-centric focus extends to the writers’ room, the directing team and other behind-the-scenes jobs, and that sits well with Herbert.

He notes that two of his most recent theatre performances — in “The Brothers Size” in 2019 and “Jesus Hopped the ‘A’ Train” in February 2020 — were directed by women: Mumbi Tindyebwa Otu, artistic director of Obsidian Theatre Company, and Weyni Mengesha, artistic director of Soulpepper Theatre.

(White and Cameron saw Herbert in “Jesus Hopped the ‘A’ Train” before offering him the role in “Pretty Hard Cases,” a welcome intervention as all his “theatre gigs went up in smoke” thanks to the COVID-19 pandemic.)

“I’m dealing with a lot of women in positions of power,” Herbert said. “And truthfully, that’s how I was raised in Bermuda. All of my primary schoolteachers were Black women.”

See also  World Trigger Chapter 223 Release Date and Time, Countdown, When Is It Coming Out?

He welcomes the TV show’s efforts to be inclusive, which include its hiring in front of and behind the camera as well as its subject matter. This season, for instance, one storyline touches on overpolicing and stereotyping of Black communities.

He also took advantage of an initiative that lets cast members shadow directors and showrunners in the interest of growth within the screen industry.

“I was curious, I didn’t know very much,” he said. He wanted “a better understanding of how the machine works. And I’ve got to tell you, it’s huge, it’s a huge machine. I had no idea.”

Now that he’s had a taste, he’d like to produce work of his own or at least be part of the creation of other work.

There’s another aspect of the show’s inclusiveness that hit particularly close to home for Herbert: the way Black cast members’ hair is styled.

“We stated what issues or problems we had with Black hair (in the first season) and they made changes. The production team went through the steps and made sure that things were different.”

That included bringing in a woman who’s worked on Herbert’s hair offset for her first TV experience.

“Black people or people who have the concern of Black hair, they’ll immediately notice a difference,” he said. “Nathan does some interesting hair things this season.”

See also  Who Got Eliminated In KKK 12 Today? List Of Eliminated Contestants In Khatron Ke Khiladi 12

Debra Yeo is a deputy editor and a contributor to the Star’s Entertainment section. She is based in Toronto. Follow her on Twitter: @realityeo 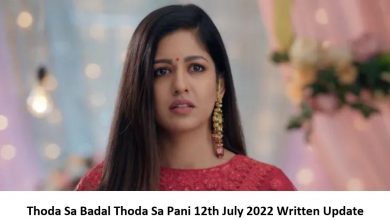 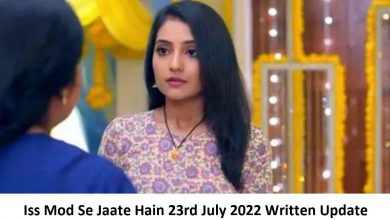 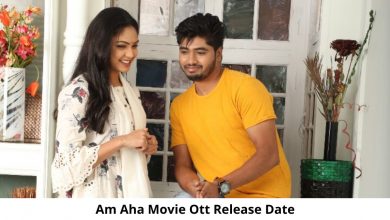