In a piece of news coming from Morris, Illinois, one was shot dead after a shooting at an apartment building in the area. A suspect was apprehended and taken into custody as the incident imposed an hours-long lockdown in the community. Read on to know more.

The residents in suburban Morris were asked to remain inside their homes for several hours after the shooting in an apartment left a woman dead. A text alert was sent out to residents reporting the shooting in the 500 block of Twilight Drive around 5 PM.

The police have been investigating the case and the lockdown has been lifted as of now. The identification of the victim and the culprit will soon be available to the public.

A shooting took place in the 500th block of Twilight Drive in Morris, Illinois around 4:25 PM on Thursday. A woman was shot in the incident and was taken to the Morris hospital by the first responders. However, she died in the medical facility.

The police have taken a suspect into custody hours later. Around dozens of officers with long guns drawn flooded a residential area of Morris, about 60 miles southwest of Chicago. They were readily looking for the shooter.

The neighbors were alarmed about it around 5:30 PM via a text alert. The call originated from the area around an apartment complex near Interstate 80. “A shooting has taken place in the 500 block of Twilight Drive in Morris, IL,” it read.

“We are asking all residents in the area to stay inside their homes as the circumstances and suspect are unknown at this time.”

The Lockdown has been lifted now hours after Morris Shooting

Hours after the residents of Morris were asked to stay inside their homes, the police sent another alert lifting the lockdown. The lockdown order was lifted around 7:15 PM as police realized the suspect is no longer in Morris.

The lockdown was imposed as the police were searching for the suspect and there was a risk of the suspect shooting other residents. After the suspect was caught in Joliet, the situation has been in control.

Who was the Woman Shot in Morris, Illinois?

A 25-year-old woman was shot dead in Morris, Illinois at an apartment complex in the 500 block of Twilight Drive. The Grundy County Coroner John Callahan said the person who was shot later died at Morris Hospital.

City of Morris Public Information Officer Stan Knudson stated the victim was female but had no other information. Her injuries after the shooting were identified as the cause of death. We’ll keep you updated when more information is available about the victim.

Who is the Suspect in Morris, Illinois Shooting?

After shooting the 25-year-old woman, the suspect fled the area of the incident in the victim’s vehicle. The police tracked it through the license plate reading cameras and later located it in Joliet.

The suspect was taken into custody at about 7 PM, nearly two and a half hours after the Morris shooting incident. He was arrested around 25 miles away in Joliet. No other details were given on the suspect.

The police continued to investigate the crime scene till 10 PM and are actively looking for pieces of evidence. More information about the purpose of the shooting will be released soon. 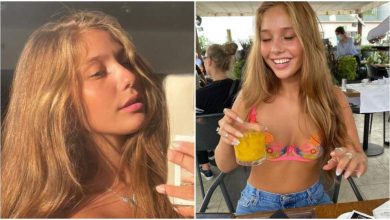 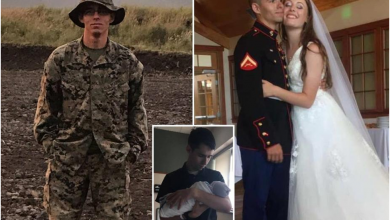