TORONTO – Elite social circles and the halls of a drab corporate office serve as two settings for the war between truth and lies in February on streaming platforms, while Black History Month offers a selection of great international stories.

Here’s a look at some winning streaming film and TV picks set to debut this month:

Anna Delvey — Instagram influencer, charming socialite and stealth con artist. There were many layers to the sweetheart of New York’s glitterati before she landed behind bars for pocketing her friends’ fortunes. “Inventing Anna” retraces Delvey’s downwards spiral with verve as “Ozark” star Julia Garner dons the duplicitous lead role and “Veep” alum Anna Chlumsky plays a pregnant magazine writer determined to break the story before her due date. Laced with humour, colourful characters and a bewitching performance by Garner, the 10-episode series is bound to be a talker. Loosely based on the New York Magazine article “How Anna Delvey Tricked New York’s Party People” by Jessica Pressler. (Netflix, Feb. 11)

Awakening under the glaring lights of a mysterious conference room, a woman lifts herself from the top of the oversized table and responds to a mysterious voice coming over a loudspeaker. She doesn’t remember who she is or how she got there. And she’s not alone. The man on the other end of the line is Mark, one of the office’s employees who’s made a life-altering decision to sign away his memories and surgically divide his mind between work life and personal life. When he exits the office, his mind blanks as if nothing happened. But truth always rises to the surface and when the employees start talking, they realize a far more sinister plan may be just beyond their mind’s eye. Britt Lower of “High Maintenance” and Adam Scott of “Parks and Recreation” star, and Ben Stiller directs the first three of nine episodes in this dark comic mystery. (Apple TV Plus, Feb. 18, episodes weekly)

See also  What Happened To Dane Cook,Who Is Dane Cook?

After years of Canadian television falling short on putting stories of Black Canadian history in the hands of Black creators, CBC is launching a historical TV drama that ranks among their most ambitious series. Inspired by the lives of 1920s railway workers, whose trials and tribulations led some to band together and form North America’s first Black union, “The Porter” explores their professional and personal lives as they look towards a better day. After a freak accident on the job leaves one porter dead, two colleagues and friends — Junior Massey, played by Aml Ameen from “I May Destroy You,” and Zeke Garrett, played by Ronnie Rowe Jr. of “Black Cop” — find their lives on very different trajectories of success and wealth. The eight episodes unfold weekly on CBC Gem starting Feb. 21.

Other streaming companies are taking a more global approach to Black stories this month. On Crave, “The Panthers” recounts the formation of the Polynesian Panthers, a New Zealand revolutionary group inspired by the U.S. Black Panther movement. The six-part drama unfolds on Feb. 4. Influential late U.S. choreographer Alvin Ailey is the subject of the full-length documentary “Ailey,” which pays tribute to his career and explores his private life as a closeted gay man in the 1980s. It debuts Feb. 21 on Crave. And a multifaceted selection of Black stories takes shape at the Criterion Channel on Feb. 1. The classic and arthouse film hub is launching numerous collections focused on significant Black arts and culture, including a selection of films starring Harry Belafonte, a handful of works by late director Melvin Van Peebles and “Roots & Revolution,” 11 movies that put reggae music at the forefront, including “The Harder They Come” and “Rockers.”

See also  Road Wars Season 1 Episode 2 Release Date and Time, Countdown, When Is It Coming Out?

“Pam & Tommy” – The salacious true story of how Pamela Anderson and Tommy Lee’s sex tape leaked to the world is retold with Lily James and Sebastian Stan in the titular roles. Seth Rogen plays the electrician who stole the footage. (Disney Plus/Star, Feb. 2, episodes weekly)

“Devs” – A young computer engineer suspects the disappearance of her boyfriend is linked to a secretive technology company she works in on the outskirts of Silicon Valley. Released in 2020, this limited series from “Ex Machina” director Alex Garland was tied up in Canadian cable TV rights. (Disney Plus/Star, Feb. 2)

“Reacher” – Murder and mayhem follow Jack Reacher, played by “Smallville” actor Alan Ritchson, when he arrives in a rural town and immediately becomes part of a police investigation. The eight-episode series is based on Lee Child’s novels, previously brought to the big screen with Tom Cruise. (Amazon Prime Video, Feb. 4)

“Malignant” – Horror fans were divided over “Saw” director James Wan’s tale of a woman who suffers waking dreams, but it’s easily a contender for one of the weirdest films in recent memory. (Crave, Feb. 11)

“LOL: Last One Laughing Canada” – A cast of Canadian comics vie for the crown as they race against the clock to make each other laugh while locked in a studio. The six-episode competition features Tom Green, Andrew Phung and Caroline Rhea. (Amazon Prime Video, Feb. 18, episodes weekly)

See also  When The Sky Falls Season 1 Episode 3 Release Date and Time, Countdown, When Is It Coming Out?

RETURNING SERIES: Hearts will be aflutter as Netflix doubles down on its “Love is Blind” franchise ahead of Valentine’s Day. A new edition set in Japan rolls out weekly episodes starting Feb. 8 while a second season of the U.S. version begins Feb. 11. The streaming giant is also home to Steve Carell’s “Space Force” which resumes Feb. 18 while South Carolina-set “Sweet Magnolias” is back Feb. 4. Meanwhile, Emmy-winning comedy “The Marvelous Mrs. Maisel” embarks on its fourth season with weekly episodes beginning Feb. 18 on Amazon Prime Video.

This report by The Canadian Press was first published Feb. 1, 2022. 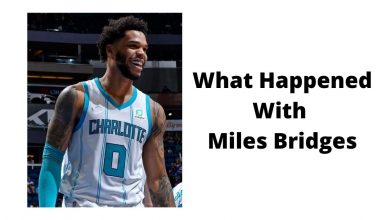 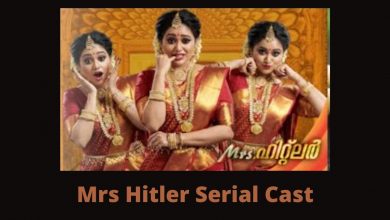 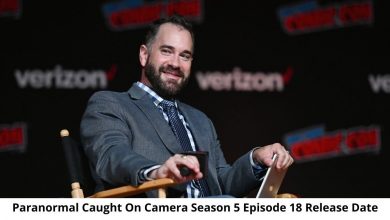 Paranormal Caught On Camera Season 5 Episode 18 Release Date and Time, Countdown, When Is It Coming Out?