WASHINGTON (AP) — Fine art isn’t just nice to look at — it’s also attractive to criminals trying to launder money, finance terrorism and trade illegal drugs and arms. And the Treasury Department wants art dealers and financiers to do something about that.

The agency issued a 40-page report Friday recommending that financial firms and art dealers set up an information-sharing database to track how sales of fine art are linked to bad actors who make anonymous purchases.

The need to monitor art sales has become more complicated and necessary with the recent rise in sales of digital assets known as NFTs, or non-fungible tokens.

Michael Greenwald, a former Treasury official and adjunct senior fellow at the Center for a New American Security, called the report “a critical first step for there to be a regulatory structure around the broader art market,” which he called one of the last unregulated markets.

“This puts illicit actors and people in the art market on notice that this is a serious issue and will also lead to regulation of the NFT digital art market space,” he said.

In issuing the report, the Treasury Department declined to take more robust steps toward creating new regulations on the art sales, after it found limited evidence of terrorist financing risk.

However, the department did find evidence of money laundering in the high-value art market. A common theme is that criminals use shell companies to buy art and hide behind a corporate veil.

The report cites Brazilian authorities’ seizure of former bank owner Edemar Cid Ferreira’s multimillion dollar art collection, after he was found to have unlawfully taken bank funds to purchase the art. A painting by Jean-Michel Basquiat called “Hannibal,“ as well as a Roman Togatus statue had been illegally smuggled into the United States in violation of customs law.

Another example included Mark Bloom, an investment fund manager who pleaded guilty to investment fraud charges after misappropriating least $20 million from a $30 million partnership, which he used for the purchase of high-value art, among other items.

Maureen Bray, executive director of the New York-based Art Dealers Association of America, welcomed a study on the topic rather than immediate regulation, which she said could hurt smaller dealers.

On the recommendation encouraging information-sharing between firms, Bray said, “it’s an interesting idea in principle, but serious thought would be put into how that would work in practice.“

The Treasury study was required by Congress as a part of the Anti-Money Laundering Act of 2020.

It states that financial firms are most vulnerable to money laundering in the art market through art collections used as loan collateral. This sort of lending can be used to disguise the original source of money, the Treasury said.

Scott Rembrandt, who heads strategic policy in the Treasury’s Office of Terrorist Financing and Financial Crimes, said the need to tackle corporate transparency and “loopholes that allow criminals to abuse the financial system” is not just limited to the art world, but also real estate transactions.

“Certain characteristics of the trade in antiquities may be exploited by money launderers and terrorist financiers to evade detection by law enforcement,” the document said.

See also  The Elusive Samurai Chapter 70 Release Date and Time, Countdown, When Is It Coming Out?

The issue has become so pervasive that the Group of 20 culture ministers’ meeting last summer included a session on protecting cultural heritage. 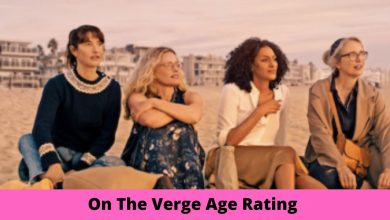 On The Verge Age Rating, Parents Guide, Reviews, and More

Canadian artist Tony Urquhart had a legacy of groundbreaking work: ‘He was born to create art’ 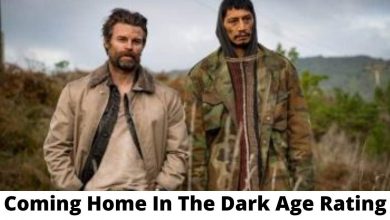 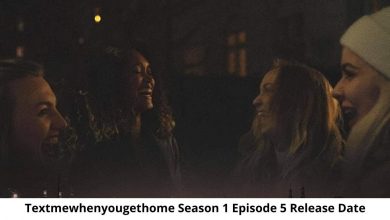 Textmewhenyougethome Season 1 Episode 5 Release Date and Time, Countdown, When Is It Coming Out?