TORONTO – After a pandemic-delayed release and pivot to streaming, the Canadian director of “Hotel Transylvania: Transformania” says she’s learned to “expect the unexpected” but is thrilled to see the comedy finally reach audiences.

Toronto’s Jennifer Kluska makes her directorial debut on the fourth instalment of the Sony Pictures comedy, about a multigenerational family of vampires and their monster friends. It arrived Friday on Amazon Prime Video.

“Getting to (a fourth film) is rare in animated features,” says Kluska, who served as a story editor on the second and third chapters and now co-directs alongside Derek Drymon.

“It became this great sort of vacation I could go back to, because every couple of years, we’d get another movie, and it was always pure fun.”

As a female director in big budget animation, Kluska is in rare company but takes some pride in sharing the distinction with another Torontonian, Domee Shi, who helms Disney and Pixar’s upcoming “Turning Red,” bound for streamer Disney Plus.

Kluska, a graduate of Sheridan College, says she sees signs that things are changing.

“It does take, I think, some real concerted effort on the part of the studios and people who are putting crews together to really look for people who can tell different stories. I know that Sony in particular is really making sure that that’s something that they work [toward],” she says from her home in California.

Cue “Hotel Transylvania: Transformania,” previously directed by Genndy Tartakovsky in all three of its initial iterations. He returns this time as a co-writer and executive producer.

See also  What to stream in January: Killer comedies and a DC Comics spinoff

In this final chapter, the gang is back and as kooky and prone to hijinks as ever, with Van Helsing’s “monsterfication ray” going a little wonky as it transforms the Drac Pack into humans — and the sole human Johnny into a monster.

Along with Mavis, he and Drac team up to find a cure before their transformations become permanent.

Adam Sandler and Kevin James are out as Drac and Frankenstein, respectively, and have been replaced by Brian Hull and Brad Abrell.

Kluska says much of the film was completed with the cast and crew working remotely — Samberg, notably, performed his trademark Johnny screams from beneath a towel in his bedroom.

“What’s really awesome for them is that Genndy’s rule about the franchise has always been that ‘what’s funny wins.’” says Kluska.

“And so if you watch the movies, the characters and the way they move, the way they animate doesn’t necessarily stay completely consistent all the way through because the animators’ individual personalities are really allowed to come through more than perhaps they’re able to on other franchises.”

The film was originally slated for an October 2021 theatrical release but was pushed back amid the COVID-19 pandemic, ultimately landing on the small screen.

Kluska says her rise with Sony has been “exciting,” acknowledging a rocky history for some other women who’ve tried to break through the male-dominated industry.

“You are going to see more women come through, just because there’s so much more work, so many more people are getting the opportunity to break into these positions that weren’t necessarily available,” Kluska predicts.

“But also … women just make up so much more of the industry that they are starting to come through into those higher roles, which I think is definitely past due.”

Kluska hints at more upcoming projects with Sony — which she can’t reveal just yet.

“I’ve been very lucky in my experience in animation,” she says, aside from having experienced “a little mansplaining” here and there.

“I definitely love feature storytelling, I love the short format as well, and TV, so as long as I’m in that sphere, I’m happy.”

This report by The Canadian Press was first published Jan. 14, 2022.

Note to readers: This is a corrected story. A previous version misstated the name of the film’s co-star as Adam Sandberg. In fact, his name is actor Andy Samberg. 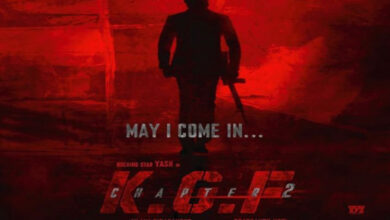 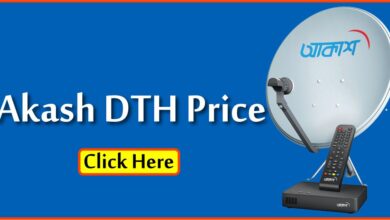