Browser-based .io games have been popular for a while now, and they’re a great way to pass some time whether you’re by yourself or just looking for something to play with a friend or two. We’ve picked out some of the best .io games you can play with friends right now.

Slither around a large map as a cute little snake and collect power-ups to grow longer and larger in this .io game. You aren’t alone, however, as there are also other players roaming around the area. Make sure you don’t run into them or it’s game over! Or, if you’re feeling a bit devilish, you can try tricking others into running into you instead.

Start out as a small petri dish and make your way around the field, absorbing any little agars you see floating around. The more you absorb, the bigger your petri dish becomes. If you see any other players floating around, you can eat even eat them too! Become the biggest petri dish in the game and swallow everyone who floats in your way.

Time to start cracking some eggs in this .io game. This is a first-person shooter game in which you play as an egg and go full Rambo on your enemies. You’ll have tons of guns at your disposal, and if you die, you can respawn after a few seconds.

This free for all multiplayer .io game pits you against three other players in a series of different maps. Each area has its own set of rules, but the main goal always stays the same: eliminate the competition. You can try pushing your enemies off the map or maybe lead them towards falling debris.

If you’re a fan of the Battle Royale games, then you’ll get a kick out of Surviv.io. It’s pretty much a top-down version of games like PUBG or Fortnite, so you’ll have to kill enemies and stay within the play zone to survive. For an .io game, it’s a surprisingly accurate take on the growing genre.

In Zombis.io, you’re a scavenger by day and zombie hunter by night. Collect resources, such as tees and stones, to build your own fortress with other players and survive the zombie hoards in the evening. The undead are no pushovers either – they’ll run for your gold, and you, if you aren’t prepared.

Take to the skies as a jet plane and shoot down other players with explosive bombs and beams. Wings.io is a fast-paced action game, and while the controls do have a slightly steep learning curve, it feels extremely satisfying when you manage to take down another jet.

Flappy Birds fans rejoice – the infamous mobile game now has an .io counterpart. Compete against other Flaap.io players by squeezing through pipes and earning more points. You’ll start out as the Flappy Bird, but you’ll transform into other iconic mascots depending on your score.

Play as a tank and roll your way around the map, shooting at any shapes or players you see. You’ll gain more points as you shoot objects, and you can use your points to upgrade your vehicle. Take on other players and dominate the competition by becoming the biggest tank you can be!

Test your wits and reflexes with this third-person shooter .io game. Here, you’ll be fighting against other players in a maze-like map filled with little halls and corridors. While all you have to do is aim and shoot, battles are quick and intense. One small mistake could easily mean your death if you aren’t careful.

Place as a narwhale and put that sharp tusk to good use. The game places you in a small map filled with other narwhales, and you have to use your tusk to cut off their bodies. You can slice anyone you want, so wait for an opening and move in for a clean slice.

CrazySteve is a multiplayer .io game based on Steve from the Minecraft series. Play as his head and walk around the map, collecting any power-ups you see along the way. If you see any enemies, you can drop an explosive that will not only obliterate them but also drop a handful of useful power-ups.

Play as a cute little blob and float around a large map. Collect any power-ups floating around to grow bigger and stronger, and fight other players by using your hook. If you manage to successfully pierce an enemy, they’ll die and leave some useful power-ups for you to collect.

Gartic is a fun little guessing game where a group of players must guess the artist’s drawing. Players have a few seconds to guess what the host is drawing, and those who guess correctly will be awarded points. Everyone has a chance to draw, so show off those art skills!

In Survived, you’ll have to gather supplies and make use of your resources to stay alive in the vast world. You aren’t the only one in the game, however, so it’s up to you to decide if you want to kill or team up with others.

Another take on the Battle Royale genre, Bruh.io places you on a small island with a handful of other players. Find weapons scattered around the field and use them to kill the other players and be the last man standing. Be sure to keep an eye out on the map since the play zone grows increasingly smaller at an alarming rate.

Test your strength in this free-for-all brawl game. Take control of a small brute and beat up the other players by punching, kicking, thrashing, and pounding them. You can find various armor and camouflages scattered around the map, acting as the perfect tools for a surprise attack.

Not your typical fighting game, DeathCar is about bashing other vehicles with your own car. You can use the mouse to accelerate and ram into another player, sending their car in flames if you chip away at their health. Just make sure you don’t crash into the wall or it’s game over.

This multiplayer .io game features intense robot combat and amazing combat. Take control of an android and face off against three other players in an arena. Players have a powerful arsenal at their disposal, from machine guns to flamethrowers.

In Hordes, you create your own character and choose your class before stepping into the game’s world. Fight other monsters roaming around the field with your epic skills, and embark on adventures with other players. Collect loot and experience points to strengthen your characters!

It isn’t always fun in the sun at the beach. In Beachfight, fight other players by throwing a volley of beach balls their way. You can send a steady stream of balls, or you can charge up your shot and send a huge one instead. Defeat the most players to become the king of the leaderboard!

Arraw is a cool hunting game where you have to hone your skills before taking on other players. When you start the game, there are various bears you can kill with your bow to gain experience points. Once you’ve gathered enough, level up your skills and start hunting for the other players in the forest.

Hopz is a quirky jumping game where players have to jump over each other to earn points. That said, it’s game over if someone manages to leap over your character. Timing is the key if you want to score more points and stay alive.

With Connect 4, now you can play the classic connection game on your computer! You can either play a public game with random people or set up a private match with friends. The rules are still the same, with players needing to line up four chips in a row.

Gunfight.io is an intense multiplayer game where teams fight each other across the map. You’ll have to snipe your enemies from afar while hiding behind cover to avoid getting shot. You can also pick up health pack to restore HP and rockets that can hurt enemies hiding behind cover.

Gats.io is a top-down shooter where you’ll weave your way through various squares and rectangles, picking off other players with precise shots. There’s a range of weapons that you can use, each with their own strengths and weaknesses, making each one a viable option to climb your way to the top of the leaderboards.

It’s incredibly easy to hop in and start playing Gats.io, and that makes it one of our favorite .io titles to play a quick game of when we’ve got a spare five minutes.

Following the explosion of Battle Royale titles in recent years, Nintendo got to work on turning the iconic puzzle game, Tetris, into a competitive, multiplayer battle royale title. Tetr.io more or less offers up the same experience. Clear as many blocks as fast as possible to beat out the other players in your game.

The multiplayer options also includes the options to create your own custom games so you can battle it out with friends, or just hop into quick matches with random players.

There’s also a ‘Solo’ mode where you can take your time, kick back and enjoy some old-school Tetris action without the stress the intense multiplayer action brings. It even comes with online leaderboards so you can grind your way up the ranks during quiet periods of work. Don’t worry, we won’t tell anyone!

Skribbl.io has been around for a while, but it’s still one of the best multiplayer .io games you can play right now. It’s an online version of Pictionary where players take turns drawing a randomly given object for the other players.

The rest of the players guess by entering them in the chat box, but only incorrect guesses show up. It makes for some hilarious moments among friends and is just a fun laidback and relatively stress-free game that players of all gaming abilities can enjoy.

If you’re looking for a proper 3D shooter, then Krunker.io has you covered. It’s a fast-paced FPS where the more you hop and jump around, the faster you’ll move around, meaning that skirmishes with other players often looks hilarious from a spectator’s point of view.

It’s a good bit of fun if you’re looking for a satisfying shooter that you can quickly hop in and out of. There are custom servers with a variety of different game modes, too, so if you’re a fan of Call of Duty’s Prop Hunt, you’ll be delighted to hear that this is in Krunker.io.

Starve.io brings the survival genre to the .io realm, where players must survive on an island teeming with all kinds of different nasties, as well as staving off hunger, thirst and shelter meters at the same time. The whole game plays out from a top-down perspective, giving you a good overview of your surroundings, and you’ll have other players around you to help you survive the perils of the wilderness.

When you’ve built up your shelter and assortment of resources, there’s a final challenge which involves fighting your way through a dungeon which contains treasure. Survive and the treasure is yours, but just be prepared for what awaits inside… it’s a little firey!

Be sure to search for Twinfinite for more lists and suggestions on games to play! 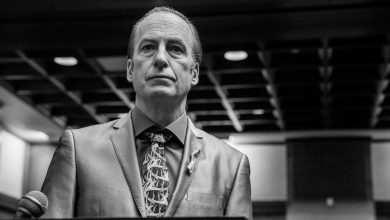 Has Saul Goodman Ever Killed Anybody? Answered 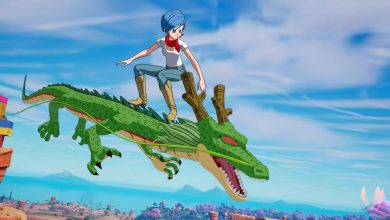 How to Get Shenron Glider in Fortnite 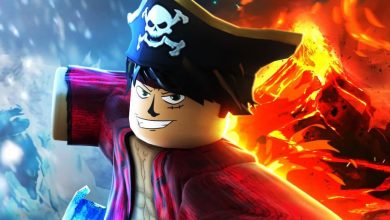 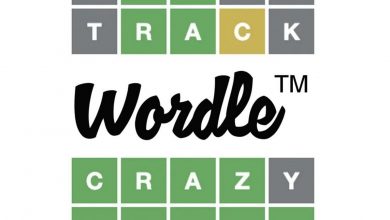