Is there anything Rihanna can’t do?

Quick, someone give her the six remaining Millennium Prize Problems. I bet she solves these math conundrums before the trucker protests end in Ottawa. The singer, fashion mogul and cultural ambassador — she was declared a “national hero” in her native Barbados last year — is eternally cool without ever trying to be cool, which somehow makes her even cooler.

I have zero interest in befriending the celebrities I write about. But I’d very much like to have a martini with Rihanna, though that will now have to wait a few months.

“Rihanna Is Pregnant!” exclaimed People magazine, touching off a million three-word stork headlines. Rihanna boarding a rocket ship to motherhood is like humanity going to the moon. In the Celebrity-Reproductive Complex, this was even bigger news than another royal baby from Meghan and Harry. There’s going to be a baby RiRi? Break out the Cristal.

But, blissfully, Rihanna and boyfriend A$AP Rocky did not deviate from their cool, especially when it came to the photo reveal. This modern rite of celebrity parenthood dates back to 1991. That’s when a nude Demi Moore, seven months pregnant, created a cultural tsunami after she was photographed by Annie Leibovitz for the cover of Vanity Fair. With one hand splayed across her breasts, and the other cradling her belly, that image inspired all future female celebrities to contemplate how they visually stage-manage pregnancy notices for the public.

But the official baby bump photos of Rihanna and A$AP Rocky that came out this week are different. They’re ironic, almost subversive. The couple are strolling through Harlem. Allegedly, this took place on Sunday. I’m dubious. New York was hit with a winter storm this weekend. There is no snow in these photos. The happy couple aren’t even wearing gloves. They’re just posing for the camera in hip streetwear that wouldn’t keep you warm inside a Dairy Queen.

Rihanna is wearing a pink vintage Chanel coat with military pockets. Under the one snap that’s buttoned, there are dangling necklaces and jewels adorning her baby bump. In one image, her fingers are tucked into the pockets of her ripped jeans and her expression is world domination.

Frankly, I don’t get the celebrity pregnancy photo reveal. It’s weird. Think back to before this stupid pandemic and remote work turned us into home prisoners. OK. Chloe from accounting has just sauntered into the office, wearing yoga pants, a sports bra and cape to telegraph she is pregnant. I’m pretty sure your colleagues would not break into a spontaneous standing ovation.

They’d be looking down nervously and thinking, “What the hell is wrong with Chloe?”

Celebrity pregnancy has amplified the cultural oversharing. I’m surprised more female celebrities are not getting knocked up and then instinctively posting Photoshopped ultrasounds. And in the last five years — you can blame Beyoncé — the celebrity pregnancy photo has veered toward the overproduced absurd when it comes to lunging at the glamorous.

This is what I adore about Rihanna and A$AP Rocky’s goofy street photos, including one in which he’s kissing her forehead with all of the sincerity of a Sears model staring at a Timex. In August, Forbes foisted billionaire status upon Rihanna. She’s rich enough to bring Ansel Adams back from the dead to shoot her pregnancy photos. She could have documented her baby bump reveal inside the Large Hadron Collider, smirking as particles accelerated under a neon strobe.

Instead, Rihanna commissioned ridiculous photos in which she looks less glam preggers and more like she just overdid it at the Crab House All You Can Eat Seafood Buffet. Unlike Beyoncé or Gigi Hadid or Ciara or Cardi B or Gwyneth Paltrow, the images of Rihanna’s baby bump are oddly relatable and endearingly ho-hum. Even the way she and this A$AP fellow gaze into one another’s eyes is sweet amid so much depressing news. Mind you, since this is the first child for both, it’s entirely possible the paparazzi photos that come out in, say, mid-2023, will tell a different story as the two lovebirds cope with sleepless nights, endless diaper changings, crying jags and a total demolition of life as they knew it. I look forward to seeing a photo in which Rihanna is microwaving a frozen lasagna while wondering why she hasn’t had time to shower in 72 hours.

But you know what? I agree with her dad, who this week said his daughter is going to be a great mom. She will be. She’s too level-headed to not be. Or as Barbadian Prime Minister Mia Mottley said this summer while conferring “national hero” on Rihanna: “May you continue to shine like a diamond and bring honour to your nation by your works, by your actions …”

Her actions on reimagining the celebrity pregnancy photo shine like a diamond.

Rihanna is now the coolest mom-to-be in history.

Inside a special Black History Month rite at ‘The Lion King’ 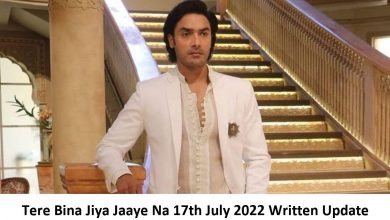 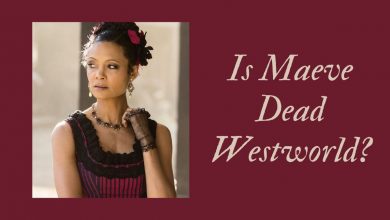 Is Maeve Dead Westworld? Who Is Maeve Westworld Actress?