2022 was, for some of us, the year climate change became real. Heatwaves slaughtered thousands; floods ruptured highways; tornadoes assaulted homes. These were conspicuous metrics of disaster. The scale of our predicament ballooned and that enormous new context dwarfed the short-term concerns that tend to preoccupy us. Meanwhile, the corporations and governments driving climate change continued to think in terms of quarterly returns. Working on my new book, “All We Want: Building the Life We Cannot Buy” (excerpted below), I tried to imagine what it would take to adopt a longer view. Can we, collectively, act in accordance with the planet’s enormous rhythms and not just the greedy patterns of consumer culture? Our survival depends on it.

Eighty million years ago an ocean called the Tethys stretched between unrecognizable continents — a forgotten ocean lapping at forgotten shores. The Earth was bluer then, with water covering four-fifths of its surface. Shorelines swelled hundreds of metres higher than today’s. Tyrannosaurus rex stalked her prey on land but the real drama, for our purposes, was in the water.

At the sun-spangled surface of the Tethys a bonanza of life was possible. Fuelled by the steady warmth of the Cretaceous climate, blooms of plankton thrived — zooplankton of wormy or squid-like form gobbled their photosynthesizing cousins, the phytoplankton. Mostly, they were all too small to be noticed, even had a human been around to take a look. Their numbers were so vast, however, so unaccountably vast, that an observer in outer space, looking down on this blue planet, would have wondered at their cloudy, aggregate immensity.

Eighty million years ago these swarms multiplied throughout the waves of the Tethys, lived their microscopic lives, and died. Then, in motes of marine snow, the spent plankton fell through the ocean’s blind depths, each speck smuggling an infinitesimal parcel of the sun’s energy downward. Over weeks of drifting descent most of the plankton were eaten by larger animals, and what did touch down was mostly eaten by creatures that cruised the ocean floor. But perhaps one per cent of all the plankton was spared and buried by sediment. Over time, the sediment piled up, grain by grain, and once the covering reached two or three kilometres in height the furnace at the planet’s core could warm those trillions of buried bodies until they broke down into hydrocarbons. This seepage became the oil that would fuel our world. And prepared in its shifting darkness was something more, as well — a story about life, a story that waited tens of millions of years to be read by us.

See also  Uncle From Another World Season 1 English Dub Release Date and Time, Countdown, When Is It Coming Out?

Why do I find the image of marine snow so compelling, so incantatory? It is, in one sense, the most ordinary scene imaginable. Life lived, life spent — life tumbling forever into sunless depths. Marine snow is quotidian. And yet, over the course of vast eons, it becomes also extraordinary — because the possibility of our entire consumer culture is the result. Imagine those years, stretched out by the millions, by the tens of millions; imagine the thrumming heat of our planet, the miracle of this universe’s physics; imagine it all conspiring to give us such a splurge of incalculable wealth. Imagine thinking all that wealth was history’s goal.

You were made to consume, says the story. This is your purpose and meaning.

To meditate on the planet’s work — to see the marine snow trail down in its darkening clouds and connect that to our landfills, stuffed with thrown-away things, is to comprehend the obscene cost of not just oil production but the whole entrenched getting-and-spending narrative we’ve been humming to ourselves for centuries.

It took several thousand years to consume our first trillion barrels of oil, but we will guzzle the next trillion in thirty years alone — a geological instant compared to the millions of years it took to create it. One expert told me there’s perhaps a century’s worth of accessible oil left, “being quite generous,” and BP reports there are only proven reserves to last us half that time. Even if we solve “the oil problem” tomorrow, and pivot toward alternative forms of energy, we will still have to look over the clear-cuts, the stripped mines, the poisoned oceans, and reckon with a far larger existential dilemma: What will keep us from eating the world? We seem programmed to burn it up, toss it away — if not by our nature exactly, then by the corporate hands that manipulate our nature so well.

And yet. We live in a moment where we may imagine new narratives. Indeed, they’re thrust upon us. Compared to where their parents stood when they were young, todays youths in the West have lower incomes, higher debts, and virtually no wealth to fall back on. But, in all this, there’s a useful disillusionment. The young have seen the stress and cracks in our story of forever growth.

My point is not that material culture completely failed today’s youth; in the developed world, in fact, they own twice as many things as their grandparents did. Neither do I mean that millennial angst about RRSPs and bankrupt social security nets is likely to upend a consumer culture centuries in the making. The point is that the dream of the twentieth century has been shaken by ecological, economic, and even viral disaster; so much so that we have an opportunity to notice its fabricated, fantastical nature. Millennials are entering their forties during the 2020s having known regular disappointments and derailments, recessions and reversals, yearly admonishments that life is not, after all, some bonanza laid out for their pleasure; and so they’re alive to the absurd contradictions at the heart of the tale they were told about material comforts and consumer bliss. The larger promises of “the good life” — job stability, real estate, and comfortable retirement — all failed to materialize. In fact, my generation will be the last to read that shining, unadulterated fantasy about consumerism and the first to scan the shelves, asking what comes next. We have noticed that the old story is absurd and nostalgic. We have noticed that, as true as the consumer story felt in the twentieth century, it has run aground on the realities of the twenty-first.

See also  When Sharks Attack Deep Dives Season 2 Episode 33 To 36 Release Date and Time, Countdown, When Is It Coming Out?

Excerpted from “All We Want” by Michael Harris. Copyright © 2022 Michael Harris. Published by Doubleday Canada, a division of Penguin Random House Canada Limited. Reproduced by arrangement with the publisher. All rights reserved. 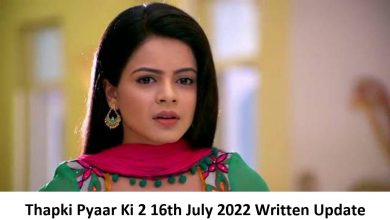 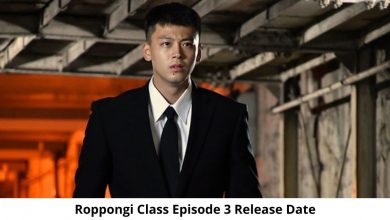 Roppongi Class Season 1 Episode 3 Release Date and Time, Countdown, When Is It Coming Out? 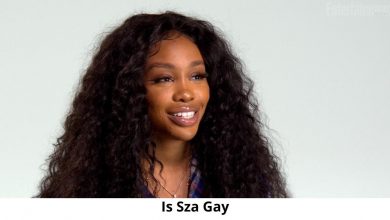 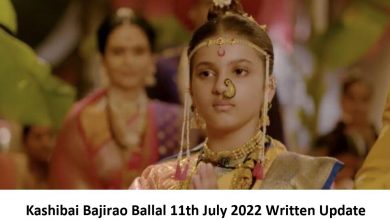