OTTAWA – The Liberal government has revived a bill subjecting streaming companies, such as Netflix, to the same rules as traditional Canadian broadcasters.

The Online Streaming Act, introduced Wednesday, would force web firms to offer a set amount of Canadian content and invest heavily in Canada’s cultural industries, including film, television and music.

Bill C-11, as it is known in Parliament, updates the 1991 Broadcasting Act which predates the internet revolution that changed the way people watch film and video content and listen to music.

If passed, streaming services, such as Netflix, Crave and Spotify, would be regulated by the Canadian Radio-television and Telecommunications Commission and required to invest in Canadian cultural enterprises.

They would also have to commit to reflect diversity in their programming, including Indigenous content.

Bill C-11 updates controversial sections of a previous bill which critics said could lead to the regulation of people posting videos on YouTube.

Heritage Minister Pablo Rodriguez said at a press conference Wednesday that “cat videos” or social-media “influencers” would not be covered by the bill.

The updated legislation would only cover commercial social media content — such as professional music videos — and would not include popular home videos posted on YouTube, such as footage of children or pets behaving in an amusing manner.

Rodriguez said the government had “listened to concerns around social media and we fixed it.”

Rodriguez said he planned to write to the CRTC to ask it to define precisely what constituted commercial social-media content, and what would not qualify.

See also  Every song he made: Sting sells music catalog to Universal

Jeanette Patell, head of government affairs at YouTube Canada, said its focus was the “interest of the thousands of Canadian digital creators and the millions of Canadians who use YouTube every day.“

“We think the government shares this interest,” she said. “We are still reviewing the impacts of the legislation on our platform, and look forward to working with them on this important issue.”

The previous bill proposing to modernize the Broadcasting Act did not get through the Senate before the September general election, though it was passed by the House of Commons with the backing of the Bloc Québécois and NDP.

John Nater, the Conservative Party’s heritage critic, maintains the bill was flawed and sent a letter last week to Rodriguez calling on him to halt plans to reintroduce it.

“The Online Streaming Act must ensure that Canada’s indie producers have a fair opportunity to negotiate with content buyers to own, control and monetize the intellectual property that they develop and produce,“ said association president Reynolds Mastin.

Stéphane Cardin, head of public policy at Netflix Canada, said the company is “investing in Canadian creators and working with industry partners to bring Canadian stories to the world.”

“We are reviewing the new legislation, but support a forward-looking and flexible framework that recognizes how different players contribute to our creative system,” Cardin said.

Critics have raised concerns that the bill’s definition of what constitutes Canadian content could exclude films made in Canada with Canadian actors if key figures, such as a writer, director and producer, are from outside the country.

Music written and produced by Canadian artists based in the U.S. might also be deemed not Canadian, critics say.

Rodriguez said he would ask the CRTC to clearly state what constitutes Canadian content.

“The Online Streaming Act will help make sure that our cultural sector works for Canadians and supports the next generation of artists and creators in this country,” he added.

Nater said he supported the creation of a level playing field between large foreign streaming services and Canadian broadcasters but was concerned that the bill affects “the rights and freedoms of Canadians on the internet.” He said the Tories would oppose the legislation if these concerns are not addressed.

Peter Julian, the NDP’s heritage critic, said he would go through the new bill “line by line” to see if it addressed the problems in the previous version.

Marla Boltman, executive director of Friends of Canadian Broadcasting, said that updating the Broadcasting Act is long overdue and sorely needed to bring big tech into the Canadian regulatory system.

This report by The Canadian Press was first published Feb. 2, 2022.

Celebrity birthdays for the week of Feb. 6-12 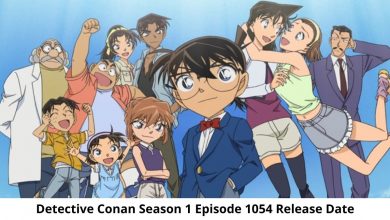 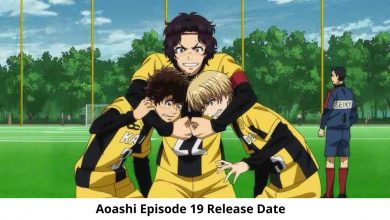 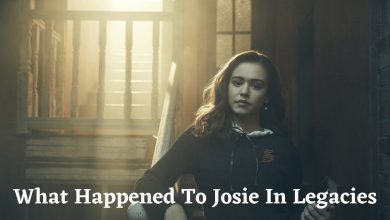 What Happened To Josie In Legacies, Is Kaylee Bryant Leaving Legacies As Josie?