It was an unlikely pairing: Christopher Newton and the Shaw Festival.

Early in his career, the English-Canadian director, theatre leader, and actor, who died on Dec. 20 at age 85, did not take to the works of the Irish playwright for which the Festival was named.

“I don’t like Bernard Shaw as a playwright. I’m turning it down because it’s not right,” his close friend and collaborator, designer Cameron Porteous, remembered Newton saying when he was first offered the job of artistic director at the Shaw Festival.

Only after the festival leadership asked Newton again did he reluctantly decide to take up the position and move across the country from Vancouver to the quiet rural town of Niagara-on-the-Lake.

Over his unmatched 22 years at the helm of the Festival, Newton would go on to become a champion of Shaw’s works, turning the small theatre company into one of the world’s most respected repertory festivals.

Newton, who was born and raised in England, studied at the University of Leeds before continuing his education at Purdue University in Indiana and the University of Illinois. He moved to Canada in 1961 and acted in a number of companies including the Canadian Players, Manitoba Theatre Centre and the Stratford and Shaw Festivals.

He founded Theatre Calgary in 1968. “He wanted to let people know that they could expect anything. Chris had that kind of maverick sensibility,” said current Theatre Calgary artistic director Stafford Arima. “He really had a big vision for the company that has been etched into the DNA of Theatre Calgary.”

After five years at Theatre Calgary, Newton headed to the west coast in 1973 to become the artistic director of the now-defunct Vancouver Playhouse Theatre Company. It was there that he met Porteous and the two began collaborating, going on to work on some 200 productions together, including numerous plays by Shaw. The pair complemented each other in their work: both saw Shaw as a surrealist.

“We got rid of all the decorations and carpets and sets. And then the words actually fly on their own and you’ll get to the truth,” Porteous said. “He found a way in which he could connect the writing of George Bernard Shaw to everyday Canadians on the street.”

Porteous noted that Newton’s time as an actor in the Stratford Festival ensemble helped him appreciate the importance of creating a tight-knit theatre family.

“One of the things he wanted to do is form a theatre company, of which there was an ensemble of artists working together,” said Porteous. “All the way from a prop maker to a carpenter, to an actor and to a director, he made them all feel that they were part of a family.”

It was this sense of family — of creating an ensemble of “generous people,” as he put it — that propelled Newton. In a 2007 interview with the Theatre Museum Canada, Newton said that he would spend as much time sitting down and speaking with an actor as he would watching the actual audition.

Actor Fiona Reid first worked at the Shaw Festival in 1983 when Newton invited her to act alongside him in Noël Coward’s “Private Lives.” The image of Niagara-on-the-Lake as a conservative, “tea and cucumber sandwiches” kind of place “wasn’t why he wanted to run a theatre,” said Reid. “He wanted to challenge and to experiment.”

Newton expanded the mandate of the festival, programming the works of lesser-known and Canadian playwrights as well as well-known writers including Shaw, Oscar Wilde and Coward.

“He just had great instincts, and they were slightly mad,” said Reid, recalling the 1985 production of Coward’s “Cavalcade” a sprawling story of an English household involving a cast of over 45 that Newton co-directed with Duncan McIntosh, and which became one of the most-lauded productions in the Festival’s history and was multiply revived. “That was Christopher, he just dreamt big,” said Reid.

Carolyn Mackenzie, who worked in stage management and education at Shaw largely during Newton’s tenure, recalled him as “a charismatic leader. He appeared to be hands-off, but he had his eye on everything. He trusted people to do the work that they needed to do.”

“One of his great talents was programming the season,” said Mackenzie, “and he understood the need to develop a theatre audience.”

Newton continued to live in Niagara-on-the-Lake and later in life poured his energies into gardening. “My interest has always been in putting together people rather than a personal need to get something on the stage,” he said in an interview with Corrine Koslo, filmed by David Cooper. “Now instead of actors, I have plants,” he said.

He was a generous mentor to Shaw’s subsequent leadership. “At the risk of sounding like an old fuddy-duddy, he was a really cultured person,” said current artistic director Tim Carroll. When it came to giving advice, Newton was subtle and gracious: “He would wait for me to ask a question before he offered his opinion,” said Carroll. “He said that he wanted me to be the best artistic director I could be, not the best copy of him.”

Newton received numerous awards and honorary degrees and was an Officer of the Order of Canada. The board of governors of the Shaw Festival gave him the lifetime title of Artistic Director Emeritus in 2002.

“At the Shaw Festival under Chris’s leadership, we just felt that much more alive,” said Reid. 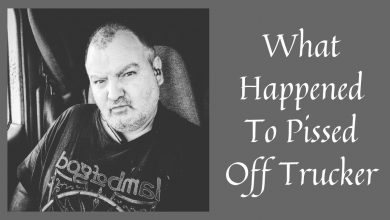 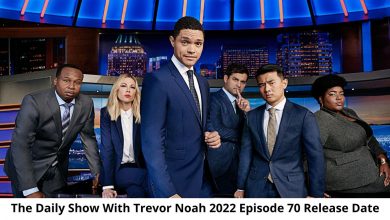 The Daily Show With Trevor Noah Season 27 Episode 70 Release Date and Time, Countdown, When Is It Coming Out?