This month is a perfect storm for gamers, with nine of the most anticipated games of 2022 all dropping between Feb. 4 and 25. This means they’ll be making some pretty tough choices when deciding what to play.

Like so many others, the games industry has faced many delays and setbacks thanks to the shift to working remotely. That’s resulted in games being pushed back repeatedly, creating a release crunch in February. In a perfect world, gamers would have time for them all, but according to a study by Limelight released in March 2021, the average gamer plays roughly 34 hours of video games a month — which might sound like a fair bit of time but, as avid players know, some games take upward of 80 hours. The titles hitting shelves next month are no exception, with several touting lengthy run times. So, with limited time and seemingly limitless choices, here are the four that are most worthy of your time.

In this followup to the critically acclaimed “Dying Light,” developer Techland took the already polished premise and gameplay style even further. This second entry in the franchise sees a more in-depth cityscape that is four times larger than the original game’s location, the fictional city-state of Harran. In addition, the original parkour system, which made its predecessor such a joy to play, is even more robust in “Dying Light 2.” The game picks up 15 years after the events of the original “Dying Light,” when humanity is entering a new dark age. Human survivors have broken into warring factions, zombie hordes still roam the streets and, at night, the Volatiles come out to eat.

See also  The Boys Season 4 Release Date and Time, Countdown, When Is It Coming Out?

This kung-fu beat ’em up from Sloclap stars a martial arts student on a mission of revenge against those who assassinated his family. This plot sends “Sifu’s” unnamed protagonist battling across a fictionalized Chinese city, through gang-filled streets and into sky-high corporate towers. The game is challenging, so your chances of survival are slim. Thankfully, dying isn’t the end in “Sifu,” which adds a really compelling gameplay element. A magic pendant resurrects the player to fight another day, but at the cost of losing years off their life. This physically ages the character but adds wisdom, which unlocks new abilities. “Sifu’s’’ unique gameplay and mysterious story, told over decades, add up to a compelling take on an age-old genre.

“Forbidden West” sees the return of Aloy, a huntress living in a postapocalyptic world overrun by dinosaurlike robots. This sequel to Guerrilla Games’ 2017 hit “Horizon Zero Dawn” sees Aloy travelling to the Forbidden West, a region that spans Utah to the Pacific Coast. Aloy seeks the source of a mysterious plague that kills all it infects. Along the way, Aloy’s set to encounter new hostile machinery as she traverses gorgeous landscapes and uncovers greater mysteries in the lore that made the first game so compelling.

“Elden Ring” is touted as a less stressful and more accessible “Souls”-style game than genre originator FromSoftware is known for. It’s one many players have been waiting for. The lore on this title is deep, as was expected considering “Game of Thrones” author George R.R. Martin collaborated on the backstory of its universe. The game plays out across the realm of the Lands Between following the destruction of the eponymous Elden Ring. It’s up to the player to gather its shards and repair the ring. The only thing standing in their way: numerous hard-as-nails boss fights.

See also  Ted Lasso Season 3 Release Date and Time, Countdown, When Is It Coming Out?

These are just some of the major releases coming in February and March is looking just as packed with highly anticipated titles. 2022 is shaping up to be a stellar year for video games — and it’s just getting started.

Justin Wood is a video game and horror film enthusiast.

Kristin Davis on ‘Sex and the City’ sequel 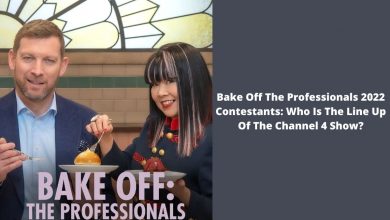 Bake Off The Professionals 2022 Contestants: Who Is The Line Up Of The Channel 4 Show? 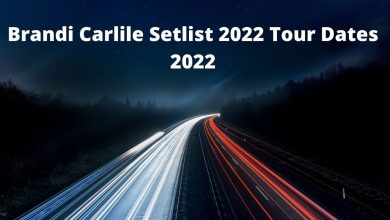