Here is everything you need to know about the new Bandai Namco Ni No Kuni: Cross Worlds. Check out the gameplay details and how to pre-register now!

The Ni No Kuni video game series falls under the genre of role-playing games and has established itself as one of the industry standards as the fanbase only continues to grow by the day with thousands of players joining every day.

The Ni No Kuni series is developed by Level 5 in Japan and published in Japan by them. Meanwhile, for the rest of the world, it is none other than the Bandai Namco who is one of the most well-known game publishers in terms of Japanese games. With worldwide recognized games such as Pacman, Gundam Evolution, and one of the recent blockbusters, Elden Ring, under their belt, you can rest assured that the game is going to be amazing.

As said before, the Ni No Kuni series is a franchise based on role-playing games revolving around fictitious monsters and evils. The first-ever NI No Kuni game was based around the main character Oliver and him travelling through worlds to save his mother from beckoning evil. The games also utilise a lot of magical elements giving the player to harness the magic and use it to their advantage in the form of abilities.

Ni No Kuni: Cross Worlds will follow the storyline of a fictional virtual reality game that transports them to the world of Ni No Kuni. The game was released in Japan on 10th June 2021 and is set for a world release very soon.

The latest addition to the Ni No Kuni franchise for the Mobile devices will be dropping very soon now after the Japanese version was released on 10th June 2021 for the Japanese audience.

The date for the release of Cross Worlds has been revealed to be released for the worldwide audience on the 25th of May 2022. The game will be available for Android and iOS and you will be able to download it from either the Google Play Store or Apple’s App Store.

The first look at the latest addition to the Ni No Kuni franchise was given to us back in 2019 at G-STAR 2019. The game has been developed on the popular Unreal Engine 4 while using sounds from previous other Ni No Kuni games.

There will be a total of 5 classes in the game namely: Witch, Swordsman, Rogue, Engineer, and Destroyer. You will be able to select the class you want your character to be and customize them with the given parameters in the game.

If you are familiar with the MMORPG format then Cross Worlds shouldn’t be a problem for you to get used to as an everyday hack and slash where you will also have the luxury to turn on auto-run if you don’t feel like it. The players will also be given the choice of having up to 6 skills equipped at once.

See also  On this day in 2002, 15-year old Rafael Nadal made his professional debut

The art style has stuck true to the original Ni No Kuni games with the characters having a sort of anime and manga feel to them while having very less hard outlines. With excessively bright attack tracers, the game is sure to catch anyone’s attention who craves visual bliss in the games they play.

The game is set to have the main story along with multiple different side quests and while doing these numerous quests, players will also get to collect 100 different creatures known as Imazens which will supposedly help you during fights in either direct combat or in the form of an ability.

The story for the game is sure to boggle your mind, however. You are supposed to be a player for “Project N”, a coveted Virtual Reality game by Mirai Company, which is one of the biggest corporations in “Ichi no Kuni”. The virtual reality game that is being developed, however, has its world named “Ni No Kuni” and it seems that circumstances have led you, the player, to be transported into a virtual world where Ni No Kuni itself exists.

The Pre-Registrations are already live for the game and you can do so by going to the respective app store depending on the software platform your phone runs on.

For android, head on over to the Google Play Store and search up the game. It should be the first one that pops up and you can go ahead and click the Pre-Register button!

For iOS, you can head on to the App Store and search for the game. It should show up as the most popular result and you can pre-order the game when it comes out on the 25th of May.

As the release date comes closer for Ni No Kuni, fans continue to get more and more excited and everyone is sure that the game is not going to disappoint given the reviews of the Japanese version. 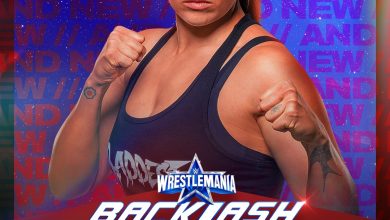 “You’re not special.” – Ronda Rousey has a message for Charlotte Flair after her win 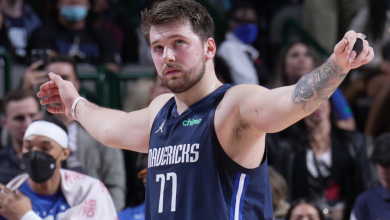 Dallas Mavericks eliminates the Utah Jazz; Progresses to the 2nd round… 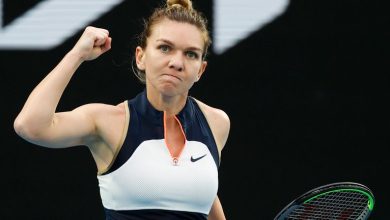 Simona Halep reveals she was close to announcing her retirement