In May 2020, the New York Times introduced the mainstream to a utopian era in content creation: the TikTok content house.

Content houses were not a new concept in Los Angeles. YouTubers had been renting million-dollar homes together as early as 2014 to create spaces where young, popular influencers could live and work together, collaborating on videos and combining their audiences to reach new followers faster. But no one had tried the business model with a house full of TikTokers.

Enter the Hype House: founded in December 2019, the House featured 20 or so teenagers and 20-somethings who were good-looking, charismatic and, most importantly, followed by millions of people on TikTok. Together, they produced exclusive content for the collective’s TikTok, lip-synching, playing pranks and, of course, dancing. Thanks to their collective clout, the Hype House gained three million followers in a week and a half, and launched the careers of influencers like Charli D’Amelio and Addison Rae Easterling.

But from the Times piece, you wouldn’t know the house was a business venture. It pictured friends rather than coworkers, arms draped casually over each other, taking selfies, laughing and standing around in clusters as young people are wont to do. Massive influence, lack of diversity (the group’s composition was — and still is — almost exclusively straight, white and cisgender) and, mansion aside, they seemed like a regular group of friends. Being part of the Hype House even looked fun.

A year and a half later, the Hype House has graduated from filming their videos to being filmed, starring in Netflix’s reality series “Hype House.” But the Hype House depicted in the show is remarkably different from the House of 2019, and not just because the group now lives in a $5-million (U.S.) mansion an hour outside Los Angeles. Now it appears no one is having fun.

TikTok has become a numbers game — views mean exposure, which translates into income and brand deals — but the Hype House’s numbers keep dropping. Early videos on their TikTok account averaged 8.4 million views. The latest average 2.7 million. The most popular members, including D’Amelio and Easterling, have moved on in pursuit of professional careers and taken their audiences with them, leaving behind a smaller group of creators who are largely unknown outside their association with the House.

The “Hype House” cast are constantly anxious, consumed by their view and follower counts, and the fear that their 15 minutes could run out at any moment, taking their lifestyle with it. TikTok fame is futile. The algorithm giveth and the algorithm taketh away. Unlike Instagram and Twitter, where users mostly control their feeds through whom they follow, TikTok curates a personal feed for each user known as the For You page. The feed is largely unpredictable, powered by a recommendation system that combines several factors to determine your interests while adding occasional curveball videos to diversify the feed. This means anyone could be catapulted to stardom, but fame — and income — is not guaranteed.

The stress of instability means Hype House members are forever trying to reach new audience members. Alex Warren, 21, desperately films anything and everything, from boneheaded stunts to elaborate pranks, often at the expense of his girlfriend, Kouvr Annon, 21. (In one cringeworthy episode, Warren stages a fake wedding to Annon, even though it’s well known that she’s desperate to be engaged.) Even when Warren injures his foot, he refuses to rest. “You don’t get sick days,” he says. “You don’t post, you lose followers, then you lose revenue.”

Vinnie Hacker, 19, is conflicted about what identity to monetize. He’s more interested in playing video games and streaming, but what gets the most views are his “thirst traps” — videos in which Hacker basically just stands there, often without a shirt, demonstrating that he is conventionally attractive. He makes the videos begrudgingly, too embarrassed to watch them after they’re posted.

No one is more stressed than Thomas Petrou, 23, founder and manager of the Hype House. Petrou spends most of the show miserable about the state of the business and pleading with house members to fulfil their monthly TikTok quota. He struggles to reconcile his roles as manager and long-time friend of the House members: on one hand, he’s happy to see his friends move on in pursuit of their own careers; on the other hand, he laments their abandoning the business in favour of their own success. He says entrepreneurship is in his blood; he then admits to being so, so tired.

Understandably, it’s difficult to sympathize with the problems of Gen Z millionaires. But woes of the Hype House serve as a cautionary tale against the monetization of platforms largely used by youth. We should be worried about an industry that convinces young people to move to Los Angeles alone, insists that it’s possible to be famous for doing nothing and that doing nothing is a viable career. We should care that other youth will pursue this dream despite the heavy toll it can take when the dream falls apart.

One of the most frustrating parts of the show is Petrou’s persistent belief he can make TikTok into a career when all practical evidence shows he can’t. But who can blame him when brands cut sponsorship deals with 20-year-olds, when TikTok continues to develop tools that facilitate partnerships between brands and young creators, and when the baseline for accessing TikTok’s billion-dollar Creator Fund is accumulating 100,000 views in the last 30 days and having 10,000 followers?

The Hype House stopped having fun because TikTok set them up to be commodified.

I wouldn’t go as far as saying being a TikTok influencer is hard work. I do believe, however, that TikTok as a vocation isn’t ideal. My greatest takeaway from the show then, is something I already knew: life under capitalism is depressing, even if you’re being exploited by your own iPhone-wielding hand.

But then I didn’t watch “Hype House” to learn anything and “Hype House” had no intent to educate. Its goal, as always, was to get views. In this sense, the reality show is an elaborate stunt that finally paid off. 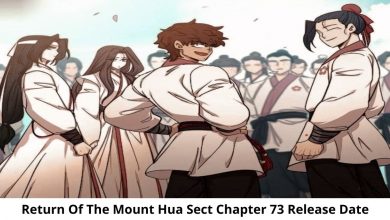 Return Of The Mount Hua Sect Chapter 73 Release Date and Time, Countdown, When Is It Coming Out? 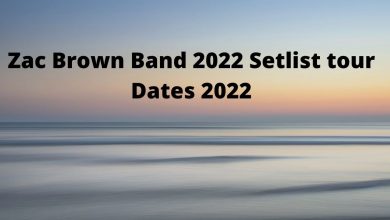 Everythings Trash Season 1 Episode 1 Release Date and Time, Countdown, When Is It Coming Out?