Last week, Canadian music legend Neil Young opened a very large can of worms when he pulled his music from Spotify, accusing the streaming giant and specifically podcast host and UFC commentator Joe Rogan of spreading misinformation about vaccines and COVID-19.

Young’s decision launched a new front in the politico-coronavirus culture war, inspiring other artists and podcasters — including Joni Mitchell, Nils Lofgren, India Arie and Brené Brown — to follow suit, while while drawing the ire of Rogan’s army of supporters.

But while the controversy has raised several interesting questions about misinformation and censorship, it has also renewed concerns about Spotify’s business model, which pays the average artist between $.003 and $.005 per stream — meaning an artist will need about 250 streams to make a single dollar.

The outrage comes also in reaction to the $100 million Spotify was dished out for exclusive rights to the massively popular “Joe Rogan Experience,” while refusing to adjust its payment scale for musicians.

The Union of Musicians and Allied Workers, which represents thousands of music workers fighting for a fairer music industry, applauded Young’s decision to pull his music, and released a list of demands for Spotify, including demands to pay artists at least one cent per stream, to adopt a user-centric payment model, to make all closed-door contracts public and more.

Last year, Spotify launched Loud & Clear, a web portal that presents data on how Spotify streams are determined and paid out. The portal claims that Spotify generates more money for rights holders than any other streaming service.

Spotify did not respond to any specific requests for comment.

The Star reached out to four Canadian musicians to weigh in on the Young-Rogan-Spotify battle and to comment on the current state of music streaming. Alia O’Brien is a Toronto singer and flautist who plays in the metal band Blood Ceremony and the psychedelic collective known as Badge Époque Ensemble. She holds a PhD in ethnomusicology from the University of Toronto and also helped score several plays and films, including Sook-Yin Lee’s feature film “Octavio is Dead!”

As an admirer of Neil Young and Joni Mitchell — both of whom have a long history of supporting political causes — O’Brien says she supports their right to “go out on a limb and make an ultimatum to make their thoughts known.” But she’s unsure if deplatforming Joe Rogan is anything more than a short-term solution to a much larger problem.

“Given how streaming services like Spotify and Apple and Amazon have monopolized the distribution of music, conflicts like this are going to happen all the time, whether it’s involves a podcaster hosting people with anti-vax sentiments or something else down the road,” she explained.

O’Brien thinks that the “Neil vs. Joe” framing of the controversy glosses over other issues with the company.

“The business model is totally exploitive,” she said. “It makes me wish Neil Young could have could have called out the many issues at Spotify, not just whose content they distribute, but also how they’re compensating artists and how they’re using their money.”

Last year, a number of artists encouraged music fans to boycott Spotify after the company’s CEO Daniel Ek invested $14 million in a European startup that manufactures military artificial-intelligence software. Despite the calls, O’Brien points out that the boycott didn’t really make a splash in the media.

She thinks Young’s proposed solution of switching to Apple Music or Amazon is also problematic: “All of these services are so broad, you’re going to find equally, as you know, controversial content somewhere elsewhere. It’s like trading the devil you know for the devil you don’t know.”

Ultimately, O’Brien thinks it’s time to challenge monopolistic streaming services, and to imagine a different model for music distribution — one in which artists have more autonomy.

“There are better options: buy music from your favourite artist on Bandcamp, or support smaller labels. It’s easier to boycott or challenge the individual output of artists when it’s not all tethered together.” Despite his use of the platform, Aubin-Dionne says Neil Young’s decision to leverage his fame as a recording artist in the fight against misinformation is “commendable.”

“I’m really happy about it,” he said. “I think there’s something really kind of beautiful and profound about how these older acts who have decades of record sales are taking a stand.”

While Aubin-Dionne says he understands why Spotify doesn’t want to be “in the business of censorship,” he is encouraged by the fact that Young’s protest has also shed light on Spotify’s problematic business model.

“There are so many issues with the platform.” he said. “One thing that I think is really kind of important that we’re talking about is how Spotify bought the rights to the Joe Rogan podcast for $100 million and never really revisited the model that gives penny fraction payouts to artists. On that metric alone – protesting against Rogan reigning supreme on what is ostensibly supposed to be a music platform – I’m into that.”

Aubin-Dionne points out that most smaller artists depend on Spotify analytics to draw bookings. Unless you’re a major artist, pulling your music from Spotify is a “scary, high-risk decision.”

“A Jacques Greene with his measly 400,000 monthly listeners pulling his material off Spotify isn’t going to move the needle. But these louder moves bring back to the public consciousness just how wretched these deals are.”

“Even though this thing is mostly about COVID misinformation, I’d be willing to wager that there are quite a few people that in the last few days have been like, ‘A lot of my favorite artists haven’t been able to play many — if any — shows in the last year and a half. And I’ve seen these kind of articles pop up about how it takes hundreds of streams to earn a dollar. Yeah. Like, maybe I should visit Bandcamp today!’” he said.

See also  Ted Lasso Season 3 Release Date and Time, Countdown, When Is It Coming Out?

“I’m sort of joking, but this feels like the first time boomers have done anything for me – for people not only in my age group, but as a sort of mid-level, working class artist, you know?” Toronto R&B singer Jxck Kxlly is set to release new music this spring on streaming services like Spotify. Though she sees the issues that Young and others have pointed out, she remains cynical about the impact of artists pulling their music and thinks it’s unlikely to lead to much change.

“They’ve already invested money into [the Joe Rogan podcast], and he has a massive, massive audience,” she said. “Removing the podcast would be a business loss for them, and I think, you know, this whole thing really is just about money.”

She also says that while big artists can make the move off the platform, it’s more complicated for up-and-comers and those with a smaller audience.

“And that’s sad, because this is one of the only platforms we have during a pandemic to really even put music out there, and now people are taking their music down or they’re not supporting the platform. It’s just kind of counterproductive for the average artist.”

Following days of uproar on social media, and reports that Spotify lost billions of dollars in valuation in the wake of the controversy, the company’s CEO Daniel Ek released a statement outlining new steps to deal with misinformation, including adding an advisory to any podcast episode that addresses COVID-19. The advisory will direct listeners to a hub offering more information about the pandemic.

“You can’t just stamp every single podcast that talks about COVID-19 with the same warning,” she said. “That’s not the solution, because there’s such different conversations being had. When people are spreading crazy conspiracy theories … there should be some sort of warning that it’s not totally not credible.”

She does have some hope that the controversy will spark a larger conversation about the nature of streaming companies with questions that look deeper into what is being marketed and where the money is going.

“It’s not about artists, I’ll tell you that.” Toronto singer-songwriter Ayo Leilani, who records under the moniker Witch Prophet, is another artist who applauds Young and Mitchell for pulling their music, especially as survivors of polio, a disease that was eradicted in the mid-20th century thanks to widespread vaccination.

“In the time of a pandemic when nobody really knows what’s going on or what’s going to happen, it’s really dangerous to spread misinformation, or to pump out fear or mistrust of science and medicine, especially when you have such a large platform,” she said.

Leilani was shortlisted for a Polaris Music Prize in 2020 for her album “DNA Activation” and is now working on her third album title “The Gateway Experience,” produced by her wife and partner, Sun Sun.While her music continues to be platformed on Spotify, she says that some artists don’t really have any other choice even if she does disagree with their model and vision.

“Spotify, they’re rolling on the cool factor, right? Everybody wants to be on a Spotify playlist, everybody wants to be on the cover, things like that. That’s what independent artists look for, that’s the clout, right? But in reality, do they even really care about the music or the culture or independent artists or like moving things forward? Or are they only about the bottom line? The music, the culture — we create that, not them, and they don’t have anywhere to stand without us,” she said, adding that the payout for many artists is not enough.

“I’m getting paid like zero point zero zero three cents or something like that per stream. They need to pay us more, or we need to direct people to places that actually do pay more.”

On top of the misinformation and business model, Lelani is also throwing her support behind R&B singer India Arie, who announced that she was pulling her music from Spotify on Tuesday due to Rogan’s “language around race.”

While she thinks it’s important to call out racist, sexist or misognyistic content that might appear on Rogan’s show, she isn’t interested in having him “cancelled.”

“I think there’s a way to call people out for their sh—, but there’s also a way to call people in and hold them accountable,” she explained. “I don’t want to be excited about the downfall of somebody because of their ignorance. [Rogan] claims to be a critical thinker, right? So I want him to critically think about what exactly is happening, to recognize the power that he has as a cis-gender white man with a massive platform, and make a change.”

“Otherwise, it just becomes this like cyclical cancel culture thing. And then within, like, 15 minutes, it fades out.” 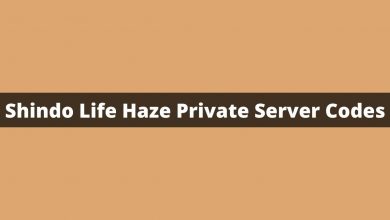 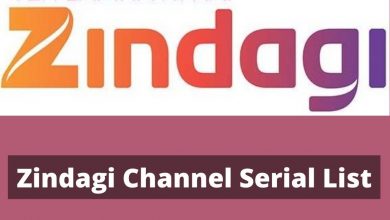 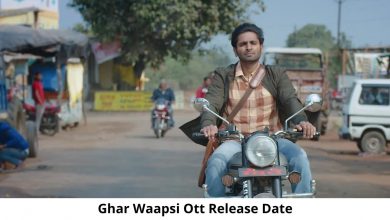 Ghar Waapsi Ott Release Date and Time, Countdown, When Is It Coming Out?