WWE Hall of Famer Kurt Angle underwent double knee replacement surgeries recently. He posted a video on his official Twitter handle to give his fans an update on his status post the couple of surgeries.

The legendary Kurt Angle revealed that he went under the knife for two knee replacements and thanked his fans and well-wishers for all the prayers and best wishes ahead of the major medical procedure.

In the caption of the video, the Olympic gold medalist admitted that rehab is going to be a “b*tch” but also asserted that he is ready to handle it as he won a gold medal with a broken neck.

“Thank you all for your prayers and best wishes for my 2 knee replacement surgeries today. So far so good. I realize rehab is going to be a bitch, but I’m ready for it. If I won a gold medal with a broken freakin neck, I can handle this! Lol. It’s true!!!! Thank you all!!!!”

In the video, Angle said he is feeling very good but his legs are not because of the surgeries. He said he has a long way ahead on the road to recovery but he is willing to work very hard to where he was before. He signed off by once again appreciating everyone for their wishes and prayers.

Former colleagues of Kurt Angle replied to the video

Veteran wrestlers like Bully Ray and Dustin Rhodes replied to the video posted by the 53-year-old Kurt Angle.

“You’re a warrior Kurt. Get well soon. Take care of yourself brother. Love ya!!”

“Damn, all the best Kurt on a speedy recovery”

“I just had surgery on both. Not replacements. Completely different.”

We wish Kurt Angle a speedy recovery back to full fitness. We know that a champion like him will fight through the difficult rehab process and get back to where he wants to be. 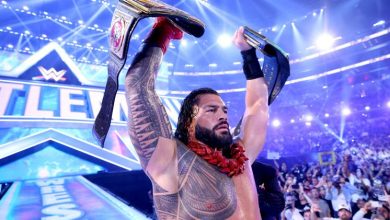 Roman Reigns makes a big tease about his future 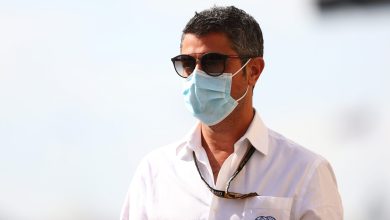 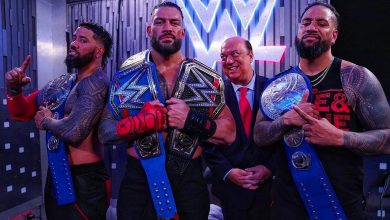