She has long fought to break free of stereotypes that the industry has created around women. With her latest film, “The 355,” she reframes the narrative of how female spies are seen in film, the title referring to the first female spy who served during the American Revolution.

The movie, which she stars in and produced, follows CIA agent Mason “Mace” Brown (Chastain) who joins forces with a rival German agent, Marie Schmidt (Diane Kruger); a computer specialist, Khadija Adiyeme (Lupita Nyong’o) and a Colombian psychologist, Graciela Rivera (Penélope Cruz) when a top-secret weapon falls into the hands of a group of mercenaries. Together, the four women embark on a mission to save the world. The film also stars Sebastian Stan, Fan Bingbing and Edgar Ramírez.

Directed by Simon Kinberg, “The 355” showcases female spies from all walks of life and, when the international cast was assembled, they followed an unconventional approach. They all discussed what roles they wanted to play onscreen, Chastain said during a video interview.

“I brought them the idea and said, ‘Listen, this is our idea of who you could play.’ Penelope said, ‘Oh, I’d like to play this part instead.’ And we said, ‘OK, great.’ Every note they gave added so much. Lupita added so much to her character that it’s beautiful what she did and the depth that she gave Khadija. So we definitely worked that way.

“The whole time on this project, I was like, ‘How can I make everyone happy? Do they feel good?’ and I never really thought about my character,” Chastain added. “But we really liked the idea that Mace was the archetype that we tend to see in all these action films but like the dude, the guy who’s the loner, who doesn’t like to work with a partner, doesn’t trust anyone. We thought it would be kind of funny to give a wink to those men in these films.”

The actress earned a Golden Globe Award and Oscar nomination for her role as a CIA agent in Kathryn Bigelow’s Oscar-winning thriller “Zero Dark Thirty.”

With this film, she didn’t know about the 355 until a friend who works in espionage told her that story and it is was decided they were “going to use this film to honour agent 355. I was really lucky because in doing ‘Zero Dark Thirty,’ I had a crash course in the CIA with this one particular woman’s story, what it would contain and what a workday would be like. For Mace, I really had to fill in her background, where she came from and her family, and why is it so difficult for her to trust anyone. It was a lot of those kind of emotional things for that character that I worked on the most.”

The Sacramento-born actress hopes to see the narrative change when it comes to how men and women are seen onscreen. “I’d like it to get to a point where it’s just accepted and known that women are these things. We don’t have to contend with this history of brainwashing. Even if you look at fairy tales, all these stories that we’ve been feeding young girls and boys, it does a disservice to boys just as much as it does to girls. When we can get rid of that, then I think we’ve actually reached a healthy place. I don’t know if that’ll be in my lifetime. I certainly hope so.”

Chastain would like female spies to be given more recognition that what’s been portrayed in mainstream media. “Like, a female found Osama bin Laden and bullied everyone to get him! That’s incredible! Women have done amazing things in espionage and have not really been acknowledged for it except for these secret stories we hear here and there. So it’s important for me that we see female spies as they are and not as the media has liked to interpret them to be.”

The 44-year-old has had a long and impressive career playing empowering roles, from the ruthless lobbyist in “Miss Sloane” to Olympic-class skier Molly Bloom in “Molly’s Game,” to her more recent critically acclaimed performance as the titular character in “The Eyes of Tammy Faye,” which has also garnered award season nominations.

It’s her boundary-pushing attitude that has led her here. “I like to be provocative. I like to challenge people. I’m a bit of a rebel,” she said. “I like maybe not pleasing everybody because I don’t need to please everybody. It’s such a moment of freedom, though, when you realize, ‘What’s going to happen if I kind of push this boundary a little bit?’ Nothing bad.”

Chastain is surprised with the reception some of her films got when they were first released. “Miss Sloane was a character when it first came out I was shocked that it didn’t seem to get the reception that it actually has now. That’s a film that people talk to me about a lot right now. I was playing a character who hires a man for sex!” she laughed. “I mean, the taboos of a woman’s sexual desire are kind of broken in that movie. Sometimes it makes me happy when an audience isn’t super welcoming in the very beginning, because it means that I’m challenging an idea.”

She believes that every role she’s ever played has a little bit of her in it, even the evil ones. “I really like being provocative. In a conversation, I like to have authentic moments. I think Mace is like that.”

Is there a Mace quality she wished she had? Chastain reflects on this: “How we’re not alike is she doesn’t trust, but I trust immediately. I’m open to a detriment because I trust. I literally have been in situations where I’ve been robbed blind, just because I trust. I don’t have that wall between me and others.”

“I throw myself in situations that I’m not comfortable in that I feel like I don’t know what I’m doing so I’ve got to learn really quick. That’s how I learned even making this movie; I had to figure out how to raise the money and all of that stuff. Even now, I’m doing a miniseries about country music, and I’m singing so much in it and it makes me so very uncomfortable.” 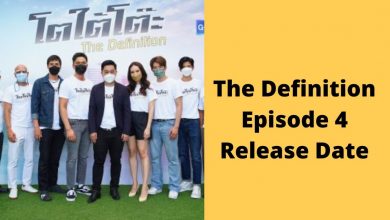 The Definition Season 1 Episode 4 Release Date and Time, Countdown, When Is It Coming Out? 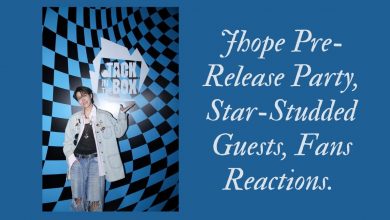 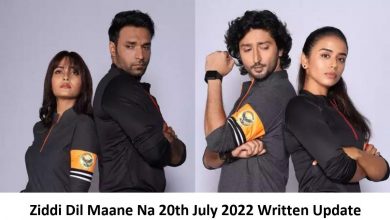