Standing at the airport in New Delhi in December 2018, about to take a flight with her husband in a black box, Jennifer Robertson was met by a woman from the Canadian embassy. Her job? To help Canadians abroad — even dead ones like Jennifer’s husband, Gerry Cotten, who founded the crypto exchange Quadriga and who’d just died suddenly on their honeymoon. The diplomat had one very specific task. She asked Robertson for his passport and, taking it in hand, brandished a pair of scissors. Snip. Officially a non-person.

It is a scene the Nova Scotian paints in what is probably the most harrowing chapter of her just-out memoir, “Bitcoin Widow: Love, Betrayal and the Missing Millions” — one that functions, in my view, as something of an ironic epilogue for a book that doubles as something else, too: a travelogue from “The Twilight Zone.” And with it, a lack of shame that is demonstrative of social media culture as a whole.

The first part of Robertson’s book, leading up to her husband’s death, is a romp through the mirage of riches the couple enjoyed, which you may have heard about — the jet! the yacht! their island! — but, even more bizarrely, a very specific accounting of their joint wanderlust (foreshadowing the posthumously cancelled passport). Life was but a vacation, as Roberts revels in their adventures in Greece, a jaunt to Malta for Gerry’s 29th birthday, ballooning over Dubai for hers, Morocco in October, flying in friends to the Bahamas for a weekend, taking her mom to Paris, a road trip through Switzerland, getting married in Scotland (in a castle!). Alas, even the crest of their story — where Gerry collapsed — comes via a postcard-ready backdrop: the opulent Oberoi Rajvilas in Jaipur.

Oh, and let’s not forget the four-night river cruise in Myanmar they once took, complete with “exotic teak-wood flooring” and “luxurious mattresses with down-filled pillow tops” (seriously, she gets into that kind of inane detail) and their own “Burmese waiter, dressed in traditional costume.”

Even before getting together with Cotten, Robertson drips with deets of trips to Vietnam and Laos with her first husband, and seeks to inform us that she was always obsessed with travelling because she is just so curious about the world. (Curious about everything, presumably, except anything to do with Cotten and his money, blithely oblivious to any red flags, as she repeatedly makes clear in the book. So much so the title should have been “I Know Nothing,” as another reviewer quipped recently.)

The travel stuff is so retroactively strange that I probably shouldn’t have been surprised to read that Cotten encouraged Robertson’s short-lived stint as an Instagram travel influencer. Hashtag #luxurytravel. Something that comes to haunt when the jig is up — photos of her downing a Singapore Sling, in fancy hotels, not exactly making for the best optics when there’s a Ponzi inquiry underway — but also a blinking light, en general, in terms of our world of “likes.”

What lies beneath the photos in our feeds? To what extent is it just curated chicanery (to varying degrees)? And, in this particular case, was all the travel really about seeing the world or just a kind of scorekeeping? Notches on a vacuous belt? (In this way, “Bitcoin Widow” bears an unlikely connection to that recent Sunwing party flight to Cancun that turned a group of maskless Quebec influencers into international news!)

See also  Below Deck Where Are They Now, What Are They Doing Now?

Soon enough, of course, the memoir moves to reliving the overarching scandal that’s engulfed Robertson in recent years: a Ponzi scheme that left more than $200 million in limbo, you might recall, with over 100,000 defrauded Quadriga investors. A tale rife with empty vaults, cold trails, missing passwords, a closed casket, a missing autopsy, a changed will … and a wife (of six weeks) ostensibly left holding the bag. Add to that: no end of media probes (including one in Vanity Fair), plus myriad investigations.

Does she have regrets? I kept waiting to hear them and she comes closest in the final few pages (after chapters of what does seem like a Kafkaesque nightmare in both legal and emotional terms). “I regret every moment of every day of the terrible year that followed Gerry’s death,” is what she confesses. A weaselly mea culpa that reminded me of when people, often on reality shows, apologize by saying, “I am sorry you feel that way.”

But does she regret ever meeting Gerry? That is the question many will have and her thinking here says everything. Short answer: no. Achieving a modicum of self-analysis, she writes: “When we met, I was struggling emotionally, and financially, in the aftermath of the collapse of my marriage to Jacob (her first husband). I needed someone who put me at the centre of his world, who centred my own life …”

So, yeah: despite knowing everything she knows now she cannot get to the point of saying she regrets crossing paths with the man. There is no shame.

See also  Gold Rush Dave Turins Lost Mine Season 4 Episode 9 Release Date and Time, Countdown, When Is It Coming Out?

And even if you really do not believe that in your heart, is writing a tell-all the move? What about the notion that silence is elegance?

I mean, I admit that I did enjoy reading the book and couldn’t put it down (in the same way I like reading thrillers with unreliable narrators) … but why Robertson wrote it now remains baffling. The headlines had faded. The money is gone. The settlements made. The only reason, seemingly, is ego.

“The Year of Magical of Thinking,” à la Joan Didion, it is not, even if Robertson does jump back and forth in time as she battles grief and comes to terms with the man she did and did not know. But neither is it “Eat, Pray, Love” — even though, at some level, she obviously believes she is writing a kind of you-go-girl, I-will-survive tract that’s meant to be inspirational and full of globe-trotting. More like “Eat, Pray, Delude.” 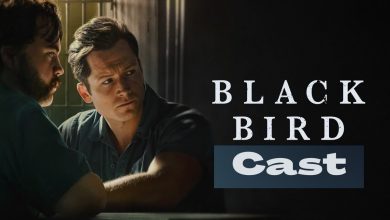 Black Bird Cast, Who Are The Cast In The Series Black Bird? 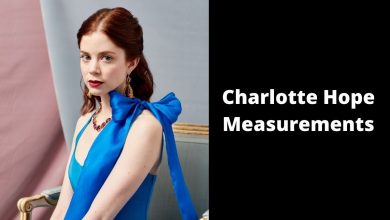 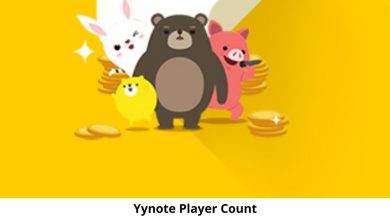 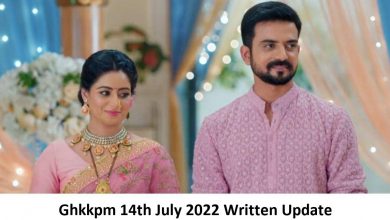