“The world gave us this telescope, and we’re handing it back
to the world today,” Gregory Robinson, the Webb telescope’s programme director,
said during a post-launch news conference in French Guiana.

The telescope, named for the NASA administrator who led the
space agency through the early years of the Apollo programme, is designed to
see farther in space and further back in time than the vaunted Hubble Space
Telescope. Its primary light-gathering mirror is 21 feet across, about three
times bigger than Hubble, and seven times more sensitive.

The Webb’s mission is to seek out the earliest, most distant
stars and galaxies, which appeared 13.7 billion years ago, burning their way
out of a fog leftover from the Big Bang (which occurred 13.8 billion years
ago).

Astronomers watching the launch remotely from all over the
world, many Zooming together in their pyjamas, were jubilant.

“What an incredible Christmas present,” said Garth Illingworth
of the University of California, Santa Cruz.

Tod Lauer of the National Science Foundation’s NOIRLab, in
an email exchange with other astronomers, reported his feeling about the
launch: “Just enjoying the most sacred of all space words, “nominal!” he said,
referring to the lingo used by launch teams to describe rockets operating as
expected.

To which Alan Dressler, a Carnegie Observatories astronomer
and one of the founders of the Webb telescope project, replied, “Hallelujah! —
another sacred word for the moment, Tod.”

Priyamvada Natarajan, a cosmologist at Yale University,
emailed from India to describe herself as “just utterly, utterly elated! — wow!
Wow!”

In Baltimore at the Space Telescope Science Institute, the
headquarters for Webb’s mission operations, a small group of scientists and
NASA officials erupted in screams of joy and applauded during the launch.

The flight operations team in another part of the institute
then watched as Webb deployed its solar array, then its communications antenna
minutes later. Roughly 100 mission personnel will command the spacecraft’s
deployments, alternating between 12-hour shifts, 24 hours a day, as it begins
its journey to a point beyond the moon.

“They’ve got real work to do,” said Kenneth Sembach, the
institute’s director. “Our teams have spent the last two years doing numerous
rehearsals.”

Equipped with detectors sensitive to infrared or “heat
radiation,” the telescope will paint the universe in colours no human eye has
ever seen. The expansion of the universe shifts the visible light from the
earliest, most distant galaxies into the longer infrared wavelengths.

Studying the heat from these infant galaxies, astronomers
say, could provide important clues to when and how the supermassive black holes
that squat in the centres of galaxies form. Closer to home in the present, the
telescope will sniff at the atmospheres of planets orbiting nearby stars,
looking for the infrared signatures of elements and molecules associated with
life, like oxygen and water.

The Webb will examine all of cosmic history, billions of
years of it, astronomers say — from the first stars to life in the solar
system. This past week, NASA Administrator Bill Nelson called the telescope a
“keyhole into the past.”

“It is a shining example of what we can accomplish when we
dream big,” he said. After the launch he said, “It’s a great day for planet
Earth.”

The beginning of the telescope’s journey did not go
unnoticed by the space agency’s paymasters in Congress, who have stuck with the
project for decades now.

Saturday’s successful launch caps an expensive effort that
stretched over 25 years of uncertainty, mistakes and ingenuity. Webb’s 18
gold-plated hexagonal mirrors, advanced temperature controllers and
ultrasensitive infrared sensors were pieced together in a development timeline
filled with cost overruns and technical hurdles. Engineers had to invent 10 new
technologies along the way to make the telescope far more sensitive than
Hubble.

When NASA picked Northrop Grumman to lead Webb’s
construction in 2002, mission managers estimated that it would cost $1 billion
to $3.5 billion and launch to space in 2010. Over-optimistic schedule projections,
occasional development accidents and disorganised cost reporting dragged out
the timeline to 2022 and ballooned the overall cost to $10 billion.

Even its final lap to the launchpad seemed perilous as a
mishap in the Kourou rocket bay, disconnected cables and worrisome weather
reports moved the Webb’s departure date deeper into December, until a Christmas
morning launch could not be avoided.

“I’m so happy today,” said Josef Aschbacher,
director-general of the European Space Agency. But he added, “It’s very
nerve-wracking. I couldn’t do launches every single day. This would not be good
for my life expectancy.”

For astronomers and engineers, the launch was also a
suspenseful sight to take in.

“It was hard to sleep last night,” said Adam Riess, an astrophysicist
and Nobel laureate who will use the Webb telescope to measure the expansion
rate of the universe.

“It’s 7 a.m. on Christmas and I’m awake and everyone is
excited — is this what having kids is like?” Lucianne Walkowicz, an astronomer
at the Adler Planetarium in Chicago who uses they/them pronouns, wrote on
Twitter. Walkowicz added, “Terrible, I’m going back to sleep,” which they
confirmed in an email they did, but not before the solar array deployed.

But the launch itself is only the first step in an even more
treacherous journey that astronomers and rocket engineers have called “six
months of anxiety.”

The solar panel deployment a half-hour into the flight was
the first in a monthlong series of manoeuvres and deployments with what NASA
calls “344 single points of failure.”

“I could finally start breathing again when the solar arrays
came out,” said Pam Melroy, NASA’s deputy administrator. “We have so many hard
days ahead of us, but you can’t even get started on any of that until this part
goes perfectly.”

Among the most tense moments, astronomers say, will be the
unfolding of a giant sunscreen, the size of a tennis court, designed to keep
the telescope in the dark and cold enough so that its own heat doesn’t swamp
the heat from distant stars. The screen is made of five layers of a plastic
called Kapton, which is similar to Mylar, and as flimsy as Mylar. It has
occasionally ripped during rehearsals of its deployment.

If all goes well, astronomers will start to see the universe
in a new light next summer. They are most looking forward to what they didn’t
expect. As Thomas Zurbuchen, NASA’s associate administrator for science, said
recently: “Every time we launch a big bold telescope, we get a surprise. This
one is the biggest and boldest yet.”

But if anything goes wrong in the coming weeks and months,
the field of astronomy’s view of the origins of existence may be imperilled.
When problems snarled the work of the Hubble in the 1990s, NASA sent astronauts
in space shuttles to perform repair work. The Webb telescope is headed to a
point beyond the moon where no spacecraft has ever carried humans before (although
Melroy says NASA has contemplated a robotic repair mission if one were needed).

“I tell friends of mine who are not astronomers, after the
launch, you mostly want to hear 30 days of nothing,” Riess said. “And we’ll be
really happy if we hear nothing.”

Behind the curtain with football’s prophet of the deal 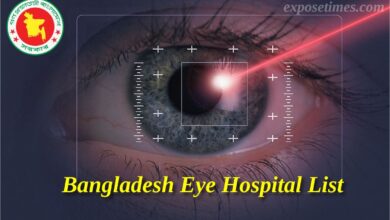