It’s minus 15 outside and I’m reading about a “bomb cyclone.”

That is a popular term on Friday, as a massive storm is forecast to wallop Atlantic Canada and the Northeast this weekend. Godspeed to all in the path of more snow fury. Is it still January? It feels as if we’ve already had four winters. Trying to clear the sidewalks around my house after the blizzard last week was like trying to dig my way out of Alcatraz.

I think we’ve all reached a breaking point with this pandemic and now the weather.

And that is why I am calling upon Environment and Climate Change Canada to take the global lead in rethinking scary terms like “bomb cyclone” that offer no actionable insights. The meteorologists will come back at me with tech specs on “explosive cyclogenesis” and “rapid central pressure decreases by 24 millibars in 24 hours.”

Zip it, you barometric lunatics. I’m on to you. It’s almost as if Big Weather has secretly auctioned naming rights to doomsday cults. Thundersnow. Dust Devil. Snowmageddon. The “nado” suffix is wildly popular: Firenado. Gustnado. I give it six months until a torrential downpour is described as a Soaknado. Let’s be honest, even “polar vortex” sounds vaguely sci-fi, like an evil white bear is about to rip off your face and catapult your frostbitten corpse to a new dimension.

The only thing these terms do is freak people out when we’re fresh out of freaks to give.

Any comprehensive weather glossary now reads like rough notes from “A Clockwork Orange.”

Just tell me if I need an umbrella or sunscreen and let’s call it a day.

The danger of alarmist terminology, in all fields, is that it desensitizes people who ought to be on guard for danger. And beyond summoning Second World War shelter sirens or an inexplicable tropical storm in Arendelle, “bomb cyclone” is meaningless. Citizens in affected regions this weekend would be much better off with a star-rated, alphanumeric system of emojis: “Good lord, we’re going to be dealing with 3 Ice Cube Trays, 4 Windmills and 5 Shovels!”

And don’t tell me we need extremely scary words for extreme weather. That’s clearly not true. Hurricanes are among the most destructive systems on Earth. Here are a few hurricane names that will be used this year for Atlantic and Pacific storms: Hermine, Owen, Seymour, Gaston, Walter, Agatha, Lester, Estelle and Yolanda.

Those names don’t conjure catastrophe — they sound like a bingo tournament.

Also, why do we only name hurricanes? This is weather discrimination. Why aren’t we slapping a Tom, Dick or Harry on a tornado, earthquake or tsunami? Another oddity: I just read a CNN story on Friday — “A bomb cyclone with the power of a hurricane will unleash snow and blizzard-like conditions this weekend” — and did a double-take at the author’s logo.

CNN meteorologist Judson Jones is writing about a horrific storm. But in his photo, he is laughing maniacally, like he just spent the weekend in Vegas with hookers and Beluga caviar.

Dude, you need to reshoot that logo before the next climate disaster.

That aside, since I’m not a meteorologist, I put my Scary Weather Words theory to David Phillips, senior climatologist at Environment Canada and a national treasure. And, somewhat shockingly, he concurred that “so many meteorological terms have become frightening.”

If only my wife could be this agreeable.

As Phillips wrote in his email reply: “Even the word ‘unsettled’ is not used any more. Better to say ‘turbulent,’ ‘chaotic.’ ‘Sleet’ is also not used in Canada, instead ‘ice pellets.’ ‘Cold’ is not enough, but is augmented with ‘wind chill,’ or even better, ‘exposed flesh will freeze in a minute.’

“And you are right, weather bombs refer to rapidly deepening storms … Even adjectives have been added to some meteorological terms such as storms of the past become ‘mega,’ ‘super storms’ or a ‘storm of the century.’ Even climate change is now called a climate crisis. Even the list of public weather alerts in Canada have been increased such that COLD now includes extreme cold, arctic outflows, flash freeze …”

But this was the part that really raised my haboob brows: “I think there are some good reasons for changing the terminology, but I think some of the frightening expressions come from long midnight shifts when the weather is the same tomorrow as it is today, thus the weather expert has some more time to embellish standard terminology. A big factor is competition among weather people, especially private meteorologists in crowded markets always looking for a way to increase ratings and market share. Sometimes the push comes from program managers. I know that to be the case when a forecasted snowfall, say, between 10 and 25 cm, gets aired at the high end above 25, or even add more cm of snow.”

See also  What Happened To Jess On In The Dark? Is The CW Show Renewed For Season 4?

Hang on. Is he saying weather forecasts are exaggerated?

“Forecasts are up to the individual meteorologists. It is only warnings that are issued from a single source (Environment and Climate Change Canada). Vinay, I also think the public enjoys the scary description of the weather. Provides a great excuse for booking off sick, not visiting the in-laws or getting out from work around the house. Maybe wanting to grab attention of the public to the dangers of a storm is why the trend to create as scary or frightening term or descriptor.”

There is now a monsoon in my brain and my soul is parched.

With this pandemic, we are already dealing with way too much emotional precipitation. 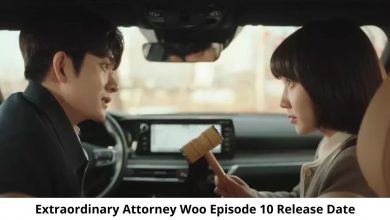 Extraordinary Attorney Woo Season 1 Episode 10 Release Date and Time, Countdown, When Is It Coming Out? 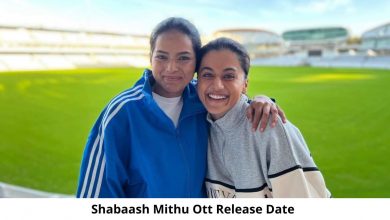 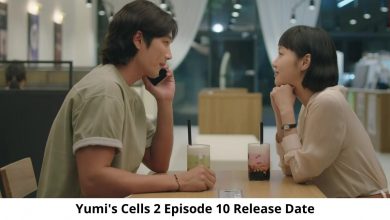 Yumis Cells Season 2 Episode 10 Release Date and Time, Countdown, When Is It Coming Out? 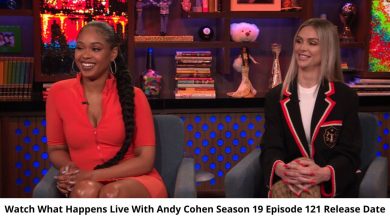 Watch What Happens Live With Andy Cohen Season 19 Episode 121 Release Date and Time, Countdown, When Is It Coming Out?