NEW YORK – After enduring repeated COVID-19 testing and a 5,400-mile (8690-kilometre) flight from London to become the first international symphony to tour the United States in 23 months, the Royal Philharmonic Orchestra arrived in California to discover some brass had not.

“The cargo people messed up one of the pallets, so a load of the instruments didn’t arrive,” co-principal trombone Matthew Knight said. “Our trumpet section had to borrow trumpets from Yamaha and do the first concert on those — and then rent or buy tails, because all their tails were in the box.”

With their own instruments and evening clothes in hand, the Royal Philharmonic completed a 14-concert, nine-city U.S. tour on Monday night, the first international orchestra to play Carnegie since Feb. 24, 2020, a gap caused by the pandemic. The tour shows that such events can be done as the pandemic continues.

Before the opening notes, Petrenko took the unusual step of using a wireless microphone to address the nearly full house in the 2,804-seat hall, speaking proudly of his musicians becoming the first orchestra back in the U.S.

“To us it means that everything is possible, in even such difficult circumstances,” Petrenko said.

It had been 708 days since conductor John Eliot Gardiner led the Orchestre Révolutionnaire et Romantique in Beethoven’s Eighth and Ninth Symphonies at Carnegie, which was shuttered from March 13, 2020, until last Oct. 6. The hall reopened with mostly soloists and smaller ensembles, delaying a steadier schedule of larger-scale performances until 2022.

The Royal Philharmonic traveled with an orchestra manager, tour manager, three stage crew and six assistants, and filled Carnegie’s stage with 104 players. The orchestra began the tour in California — Santa Barbara on Jan. 11, followed by concerts in Palm Desert, Northridge, Costa Mesa and Davis — then to Orlando, Florida, for a residency at the new Steinmetz Hall. The tour concluded with performances in Fairfax, Virginia; New Brunswick, New Jersey, and finally its return to Carnegie Hall for the first time since 1997.

Three buses and a truck were needed for the traveling party, which was tested daily.

“Cargo is one of the costs that have hit us hard this year,” said James Williams, the orchestra’s managing director. “Logistics and shipping and all that sort of stuff, costs have absolutely rocketed. And so for us to fly our instruments here has cost us a significant amount more money than it would normally cost us in a pre-pandemic time.”

A handful of musicians, in the single digits, tested positive for COVID-19 and were left behind in their hotel rooms in Los Angeles and Orlando to isolate until they tested negative on consecutive days. Some were cleared in time to rejoin the tour.

“It’s been unbelievably challenging for all the reasons you can imagine,” Williams said. “It is just the unexpected consequences of COVID-related issues, and that’s changing testing regimes, it’s players contracting COVID and what do you do with those, how do you replace them, the logistics.”

Royal Philharmonic musicians are self-employed, like the other major London orchestras.

See also  What Happened To Cisco In The Flash? Why Is Carlos Valdes Leaving As Cisco Ramon?

“If they’re not working, they don’t get paid, so the incentive for them to keep themselves safe is extremely high,” Williams said, “because If they’re struck in a hotel room for five days missing five concerts, that’s five fees they don’t get paid. So it is a real challenge for them, and hat’s off to them for taking the risk.”

The pandemic shutdowns eliminated income for the players.

“A lot of our work just disappeared overnight,” said Knight, vice chair of the orchestra’s board. “That’s why we’re pretty happy when a tour like this happens — OK, January’s going to be a good month. We’re going to survive.”

When concerts first resumed during the pandemic, they were without spectators and streamed. Musicians were distanced by 2 or 2 1/2 yards.

“Live music doesn’t work without an audience,” Knight said. “It was a very strange feeling to sit in an empty Albert Hall and try and perform and really give a performance.”

The Vienna Philharmonic is the next European orchestra scheduled to arrive in the U.S., its first American appearances in three years. Valery Gergiev leads performances at Carnegie from Feb. 25-27 and Hayes Hall in Naples, Florida, on March 1-2, though the orchestra canceled late-February concerts with him in Germany and France because of positive COVID-19 results within the orchestra.

“I’m really hoping it will give other orchestras, domestically and internationally, the confidence that actually it is possible to realize these things,” he said. “It’s tough, but it’s perfectly possible. And I think all of us now have to start thinking about how do we live with this virus. It’s not going to go away.” 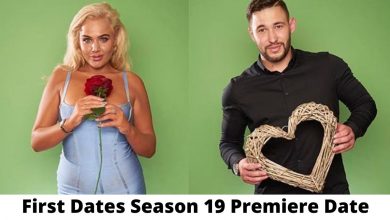 First Dates Season 19 Release Date and Time, Countdown, When Is It Coming Out? 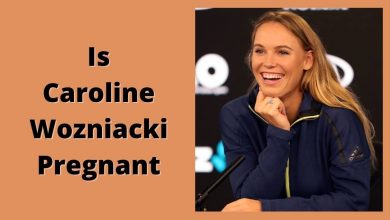 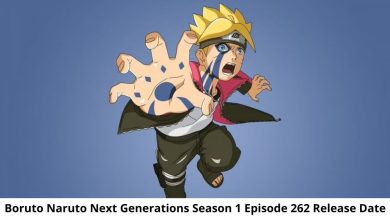