It wouldn’t take a detective to deduce the favourite book series of my childhood.

Enter my bedroom: on the shelf beside my bed is a candle shaped like a small purple dragon holding a crystal ball. His name is Norbert and, while he lost an eye in my move to Toronto, I still refuse to burn him.

Beside Norbert is a Funko Pop figurine of a little elf with big ears, dressed in a pillowcase, clutching a sock. Finally, on my dresser are two pairs of round, metal-framed glasses and, while I know a certain boy wizard doesn’t have a monopoly on this style, my time working at a glasses store can confirm that customers most often identify round frames as “Harry Potter glasses.”

When I was eight, my mum read the entire “Harry Potter” series to my siblings and me, four of us crowding onto a twin bed. I spent years of my childhood making Hogwarts timetables in my journals (potions in the kitchen sink at noon, Quidditch in the backyard at 2 p.m.), hoping my Hogwarts letter was just lost in the mail.

In my early teens, I graduated to reading fan fiction and identifying as a Potterhead. This made me unpopular among my peers, but I found solace in being different because Luna Lovegood, my favourite character, said being different “means you’re brave enough to be yourself.”

When I tearily emerged from the theatre after seeing “Harry Potter and the Deathly Hallows: Part 2,” I could barely speak. July 2011 was the summer before I started high school. As the series so crucial to my sense of self came to an end, it felt as though my childhood concluded too. I found peace in the thought that “Hogwarts will always be there to welcome you home,” as J.K. Rowling so aptly said at the premiere of the last film.

But 10 years after the release of that final film, as the doors of the castle swing open for a star-studded cast reunion (streaming on Crave on Jan. 1), I hesitate to call Hogwarts home. I no longer believe in the woman who told me it was.

Let’s be clear: Rowling is cruelly transphobic. Using a massive platform, Rowling has spewed misinformed and harmful rhetoric that villainizes trans women who are already disproportionately exposed to violence, particularly racialized trans women. Statistics Canada’s 2018 Survey of Safety in Public and Private Spaces confirmed that trans and non-binary Canadians experience a higher proportion of assault and harassment than cisgender Canadians.

There’s no room to discuss if Rowling can be forgiven. What I’m struggling with is what this means for my relationship with the series itself — and if I can separate it from its creator.

Rowling alone is unquestionably cancelled to me, meaning I take active steps against giving her a platform. I don’t follow her on social media and am vocal about her transphobia should the topic arise. I refuse to spend another dollar on reprints of the books, official merchandise or upcoming movies. If I do stream the reunion, I’ll donate to an organization supporting transgender and non-binary folks to offset the financial impact of my viewing.

These are small and easy steps to assuage the guilt I feel. However, they’re not enough to reconcile my emotional connection to the series.

Part of me wants just to move forward by erasing Rowling completely and pretending the books magically appeared out of thin air. But as a journalism graduate who always had a bone to pick with objectivity, I know better than to think that a person’s prejudice doesn’t impact their writing. Rowling is part of the story whether I like it or not. Many fans have already pointed out issues within the stories that reflect a less compassionate author: a lack of diversity; racist stereotypes; paternalistic treatment of female characters; and fat-shaming, to name a few.

But while I’ll never be able to love “Harry Potter” the same way I did when I was younger, there are parts of my experience with the books that Rowling can’t touch.

As someone who works in storytelling, I have always believed that no two readers experience the same story: what sticks with us from the books we love is entirely dependent on who we were when we first touched the page and who we are now. In a letter denouncing Rowling’s transphobic views, Daniel Radcliffe said it best: “If you found anything in these stories that resonated with you and helped you at any time in your life — then that is between you and the book that you read, and it is sacred.”

Harry has always inspired me to be braver, while Hermione motivated me to be the most clever girl in the room. As for Ron, at least I know what not to seek in a romantic partner. “Harry Potter” also made me a reader and a writer, two traits that set the course of my life. While the books and movies ended at “All was well,” the story of Harry and I has always been bigger than Rowling and continues to outgrow her.

I’ll watch the reunion but with the knowledge it will be bittersweet. I’ll be sad, knowing that the magic is a little dimmer, that the story is not something I will read to my children in the future. But, for a day, I can revisit some old friends. I can be reminded of the love and joy I once felt.

See also  Homes Under The Hammer Season 25 Episode 31 Release Date and Time, Countdown, When Is It Coming Out? 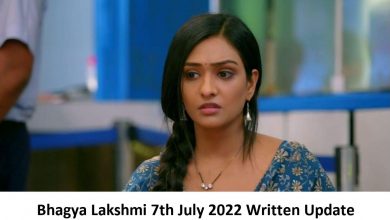 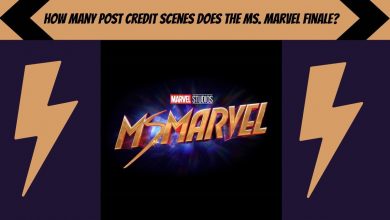 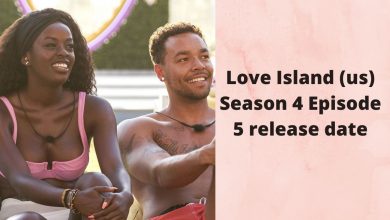 Love Island (us) Season 4 Episode 5 Release Date and Time, Countdown, When Is It Coming Out? 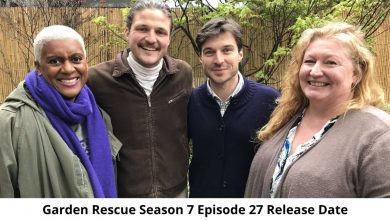 Garden Rescue Season 7 Episode 27 Release Date and Time, Countdown, When Is It Coming Out?