With the latest trailer for Pokemon Scarlet and Violet just being unveiled, fans simply can’t wait to jump into the game later this year and explore the Paldea region. Before the game release, though, you’ll want to make sure you have all of your Psyducks in a row, especially when it comes to preorder bonuses. Here is everything you need to know about how to preorder Pokemon Scarlet and Violet and what bonuses you get from different retailers.

If you’ve ever played a Pokemon game before, you know that there are some slight variations depending on whichever game you pick up. Usually, it’s just a matter of a different Legendary Pokemon or even some color palette changes.

Sometimes, though, you can get a bunch of great incentives from not only getting a specific version of the game but also from ordering it from a specific retailer. Here is what you need to know about what bonuses you get from different stores when picking up Pokemon Scarlet and Violet.

Note: Pre-ordering any version of the game before Feb. 28, 2023, will allow you to claim a Pikachu that knows Fly has a Flying Tera Type via Mystery Gift when the game releases. There’s also a steelbook Double Pack available on most sights that lets you pick up both games for the price point of $119.99.

Best Buy isn’t currently offering any specific incentives for Pokémon Scarlet and Pokémon Violet, though you can still individually pre-order from them, or get both with the Double Pack, if you’d prefer using the links provided.

While there may be some to come down the line, GameStop also isn’t offering any specific pre-order incentives for Pokémon Scarlet and Pokémon Violet, though you can still pick them up individually, or get both with the Double Pack, from here if you’d prefer using the links provided.

So far, purchasing the digital version of either game seems to have the best incentive, as you’ll receive a code for an Adventure Set in the game. This is set to include

Players can pre-order this version of Pokémon Scarlet and Pokémon Violet, or its Double Pack, right here for $59.99 each.

If you order the game through Pokemon Center, you’ll get a really cool in-game accessory. To be exact, it’s a backpack cosmetic that has no effect on gameplay whatsoever, as it is strictly for customization and looks.

The backpack design will be revealed at a later date and will come in the form of a digital code via email upon Pokemon Scarlet and Violet’s official release. Anyone interested in this version can head over to the pre-order link here for $59.99 or $119.99 (double pack).

Target is usually known for some great deals and incentives when it comes to Pokemon games, but right now, they’ve just got the same basic pre-order routine as everyone else for Pokemon Scarlet and Pokemon Violet (Double Pack).

How To Preorder Pokemon Scarlet and Violet

For now, this is everything you need to know about how to preorder Pokemon Scarlet and Violet and what bonuses you get from different retailers. We will be sure to add in more info for this content as it is revealed, but for now, be sure to check out all of the related articles we’ve got for the franchise down below. 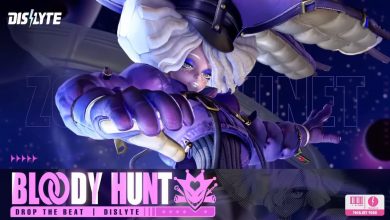 What Stages to Farm, What to Buy First, & More

What Does BOH Mean in The Bear? Answered

How To Fix Status Savannah in Warzone 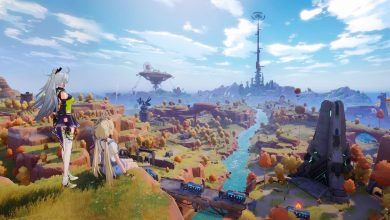