Disclaimer: This story is using Uncle Jack Charle’s name and image with due permission from his family.

Charles was an actor, musician, and revered Victorian Aboriginal elder. He starred in several Australian movies in a decades-long career. In the later years of his life, he turned into an advocate for the aboriginal prisoners, community, and indigenous theatre.

How did Uncle Jack Charles die?

Uncle Jack Charles died on Tuesday, September 13, 2022, at the Royal Melbourne hospital after suffering a stroke. This was confirmed by his publicist in a statement coming from his family.

“Before he passed away, his family were able to send him off on Country during a smoking ceremony at the Royal Melbourne Hospital.

“We are so proud of everything he has achieved in his remarkable life — Elder, actor, musician, potter, activist, mentor, a household name and voice loved by all — as is demonstrated by his numerous awards including this year’s NAIDOC Male Elder of the Year.

“He will live on in our hearts and memories and through his numerous screen and stage roles.

“May he be greeted by his Ancestors on his return home”

What was the cause of Uncle Jack Charles’ death?

Uncle Jack Charles passed away after suffering a stroke in a Melbourne hospital. He was 79 years old and his health has been deteriorating due to old age.

His sister, Christine Charles, said she was “pretty much numb” at the loss.

“He was my big brother, he looked after me, he was always calling in, making sure I was alright,” she added.

Uncle Jack Charles’ niece Ajia Jacklyn Charles-Hamilton stated it had been an emotional 24 hours as the family gathered by the revered elder’s bedside at the hospital.

“Uncle Jack was a great man, loved by many, it’s very overwhelming all the phone calls and messages and just everything that’s coming through,” she said.

“We just want to say a big thank you on behalf of my family for all of your condolences and thoughts,” she added.

She also thanked the hospital authorities for allowing the family to bid farewell to Uncle Jack in a venerated manner.

Uncle Jack Charles was the “Grandfather of Indigenous Theatre”

Uncle Jack Charles was born in 1943. He was taken from his mother an as infant and raised at the Salvation Army Boys’ Home in Melbourne’s Box Hill. He was the only Aboriginal child there. Charles was raised as a Christian boy and remained religious until his demise.

During his childhood, Charles struggled with drug addiction and often turned to petty crime consequently. He was also physically and sexually abused in his childhood and teen years. Charles revealed this during the Jack Charles vs The Crown show in London.

In 1971, Charles became the key to establishing Australia’s first-ever Aboriginal theatre in Melbourne.

He went on to appear in numerous Australian films in a career spanning decades. Some of his most prominent works include The Chant of Jimmie Blacksmith (1978), Bedevil (1993), and Blackfellas (1993).

Charles claimed that discovering acting as a young man was his lifeline. “In a way it saved me,” he told a Victorian inquiry earlier this year. In the later years of his life, Charles turned into an advocate for Aboriginal prisoners, community, and indigenous theatre.

“I’ve been an actor since I was 19, but I lost a lot of work because of white powders and jail time,” he said in an interview in 2019.

“I dearly would’ve loved an Aboriginal elder like me to come and tweak my conscience.

“I’ve had the breaks in my life – now I want to make sure other young Indigenous kids get theirs.”

Uncle Jack Charles’ passing has left the world sad as the legendary man gave the world a lot, especially to the people of the Aboriginal community.

Several other leaders, hundreds of performers, and thousands of fans have paid respect to the late elder. Our deepest condolences go out to his family. May God let the departed soul rest easy. 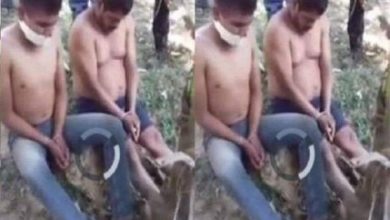 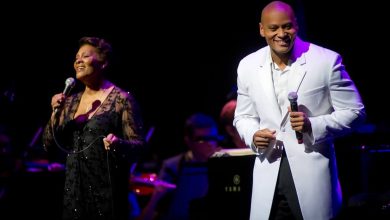 Who is Dionne Warwick’s son David Leland Elliott? All About Him Who is Linda Tripp’s Husband Dieter Rausch? All About Him