It’s the first time the century-old story has been translated into the Scottish language, despite Gaelic being the language with the “closest cultural and historical connections to L.M. Montgomery and Prince Edward Island after English,” according to Halifax-based publishing company Bradan Press, which is behind the most recent version of the book.

The Gaelic translation titled “Anna Ruadh” or red-haired Anne, was added to the heritage collection last month at the Green Gables Heritage Place in Cavendish, P.E.I., the setting of the novel.

Emily McEwan, founder of Bradan Press and editor of “Anna Ruadh,” said in a recent interview the translation into Gaelic taps into a large part of the Island’s Scottish history, adding that Montgomery has Gaelic-speaking ancestors on both sides of her family.

“When you read the Gaelic translation, that humour feels so natural … just as funny as it is in English,” McEwan said

“The humour of P.E.I., Montgomery’s own humour that she grew up with and was imbued with — that’s Gaelic humour, that’s Scottish humour,” she added. “Of course it fit so well back into Gaelic because the culture that it came from was partly Gaelic in the first place.”

“Anne of Green Gables” tells the story of an orphan girl named Anne Shirley who comes to live on the Island after being adopted by a pair of siblings. It has emerged as a Canadian classic since its publication in 1908 and has since been translated into more than 30 languages.

McEwan said she expects readers of the Gaelic version will be those interested in working on their skills in the language and who are long-time fans and collectors of the book.

It was sometimes difficult to find accurate Gaelic words to translate Montgomery’s vivid descriptions of trees and flowers, Morag Ann MacNeil, the book’s Gaelic translator, said in a recent interview.

“I did a lot of digging and delving,” MacNeil said, which included reaching out to experts on Montgomery’s work and regular references to the Gaelic dictionary. Despite challenges, MacNeil said the book is a faithful translation.

“The Bible is translated into Gaelic … if you can do something like that, you can translate anything, can’t you?” she said from her home in Scotland.

MacNeil echoed McEwan’s sentiment, saying the book “translates well” into the Gaelic language and remains an enjoyable read despite its age.

“It’s almost as if they were written in Gaelic to begin with,” MacNeil said. “Although it’s an old, old book, it doesn’t seem as if it is, and I think it’s because when something’s good, it’s good regardless of the passage of time.”

This report by The Canadian Press was first published Jan. 3, 2022.

This story was produced with the financial assistance of the Facebook and Canadian Press News Fellowship. 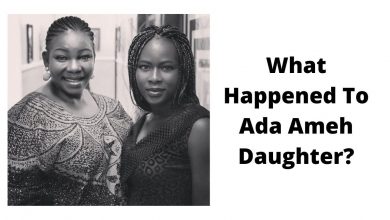 Lawrence Hill used to make up bedtime stories for his daughter. Now they’re the basis of his first children’s book 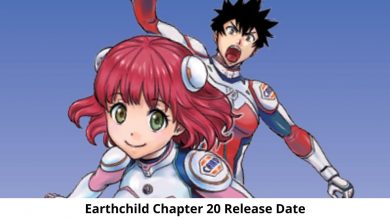 Earthchild Chapter 20 Release Date and Time, Countdown, When Is It Coming Out?