To be trapped in Ottawa now must feel like living inside a trombone.

Ever since the “Freedom Convoy” rolled into the capital on Jan. 28, the noise pollution has rivalled a NASA takeoff. I’m starting to wonder if this protest was secretly funded by makers of cotton balls and earplugs. I was watching a YouTube video uploaded this weekend. A fellow in Ottawa ambles through his condo, opens his balcony door and points his camera down at the street, where big rigs have snarled traffic while creating a deafening cacophony.

The horn on just one commercial truck can hit 150 decibels. Hundreds of trucks honking simultaneously and incessantly? That’s a mass ear bleeding.

On Monday, an Ontario court agreed. Superior Court Justice Hugh McLean imposed a 10-day injunction, silencing the “Freedom Convoy’s” unhinged honking while observing: “Tooting a horn is not an expression of any great thought I’m aware of.”

He’s right. Aristotle never tooted a horn. Einstein did not have road rage. Tooting a horn is now almost always an act of sonic aggression. Another motorist just cut you off – HONK! Someone ran a stop sign – HONK! Someone blocked a cycling lane to dash in to pick up shawarma – HONK!

You are a trucker who despises Justin Trudeau, watches way too much Fox News and believes masks, vaccines and lockdowns were masterminded by Satan and his younger brother, Dr. Anthony Fauci, to force you to abide by a New World Order in which personal autonomy is crushed by state tyranny until everyone is forced to subsist on lima beans in a 5G factory – HOOONNNKKKKK!

A new Leger survey found two-thirds of Canadians are opposed to the “Freedom Convoy,” seeing it as selfish. I guarantee you, that number would be much lower if these zombie truckers were not creating gridlock and honk-based migraines. If they had just descended on Ottawa, parked their rumbling behemoths out of the way and politely marched with placards calling for a return to normal, most Canadians would’ve sympathized and said, “Yeah, I get it.”

See also  Seraph Of The End Chapter 118 Release Date and Time, Countdown, When Is It Coming Out?

Pandemic fatigue is real. Continuous blasts of truck horns is surreal and grating.

But forget the “Freedom Convoy.” I want to run an idea by you that, admittedly, could be the most moronic idea I’ve ever run by you: Do we need horns on any motor vehicle?

By law, a car in Ontario requires a horn. But, why? I know what you’re going to say. Well, jackass, the horn is a warning system that can signal a potential problem or be an auditory beacon to an acute snafu on the roadways. The horn is used to communicate. The horn is the voice of one driver alerting another driver. The horn is the lingua franca of our shared asphalt.

I must respectfully disagree. We don’t need horns anymore. Ban the horns! Most people never use their horns. And the ones who do abuse horn privilege are the impatient maniacs and bad drivers among us. Show me a motorist who slams on a horn once a week and I will show you an internet troll who posts angry comments, does not get along with siblings, hates their job, does shots of Jägermeister, skips the line at the deli, cheats on taxes, resents social progress, never lifts up the toilet seat and is convinced the moon landing was faked.

The car and truck horn has not evolved, which is odd. Innovation has impacted every other part of a motor vehicle. But the horn is almost like the human appendix. It’s still there, but we don’t really need it. I don’t use the horn on my car for two reasons. 1. I’m terrified of greatly annoying a psychopath, who may respond to my honk by pulling a tire iron out of his trunk and beating the daylights out of me. 2. There is no point in honking in 2022, beyond expressing anger.

“Smart” tech has infiltrated every other part of material culture. My dryer texts me when a load is done. My watch tracks my footsteps in a day, then guilts me before bed. There are bathroom mirrors that can tell you the weather as you’re brushing your teeth and climate-controlled quilts.

Why? Why do we need our vehicles to yell while saying nothing? The car horn is now as useless as a ropeless skipping rope. And now that the “Freedom Convoy” has been banned from honking, we should think about how all vehicular horns might shift away from blatantly annoying.

You know what I’d love? A car horn that talks like Alexa. Think about the cockpit of a new car. There are more knobs and gauges and dials than some small aircraft. Why can’t there be a few buttons in the centre of the steering wheel that, instead of an old-timey honk, allow a driver to express with precision: “YOU JUST CUT ME OFF!” “YOU FORGOT TO TURN OFF YOUR RIGHT SIGNAL!” “YOU ARE VIOLATING THE POSTED SPEED LIMIT!” “WHY DIDN’T YOU CLEAN THE SNOW OFF YOUR CAR BEFORE LEAVING?” “I REALLY HATE YOUR GUTS!”

For the next 10 days, the “Freedom Convoy” has been told to zip it already with the honking.

Now it’s time to mute all of the cars and trucks on our roads.

See also  Ghar Set Hai Season 1 Release Date and Time, Countdown, When Is It Coming Out?

Roswell New Mexico Season 4 Episode 7 Release Date and Time, Countdown, When Is It Coming Out? 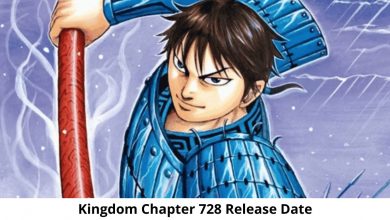 Kingdom Chapter 728 Release Date and Time, Countdown, When Is It Coming Out?