The battle royale game Fortnite receives a significant upgrade from Epic Games every year to keep players interested during the summer break when there is typically a month without a real mid-season update.

The v21.30 update, which is expected to shake up Fortnite Chapter 3 Season 3 with a summer event, new challenges, and a new wave of skins to enjoy, is this year’s equivalent. The patch notes for version 21.30 are listed below. Fortnite Update 21.30 Patch Notes

CELEBRATE SAVE THE WORLD’S BIRTHDAY

Starting July 20, 2022, at 8 PM ET, a new daily Birthday Quest will be available each day for one week only! Take on new challenges to earn a celebratory Birthday Llama every day, and eliminate 50 Cake Sploders throughout the entire event to earn an additional Birthday Llama. The Event Store will also have one free Birthday Llama available — make it rain!

Birthday Llamas are a great way to shore up your roster or progress the Collection Book, granting Heroes and Items from past Save the World seasons and events.

KEEP ON HITTIN’ THE ROAD

The Hit the Road questline keeps on truckin’ this week as Quinn is back in the driver seat! Her “Shields Up!” modifier is back — but those pesky Husks have been beefed up and won’t go down without a fight. Complete her journey to broadcast the Song of the Summer and unlock Whiteout Fiona!

Next week, look out for Crackshot’s encore joyride with his trusty “Concussive Shieldbreak” modifier and nab the Deciblaster as a reward. Watch out, though, as enemies are now hidden on the map and Husky Husks explode when eliminated!

Penny and Cloaked Star return later this month to keep the road trip cruising along, with Parasaur Jess and Thunder Thora up for grabs. Remember to collect Hit the Road tickets along the way and swap them for a Rad Llama full of four Rad Heroes and five Boombox Weapons.

Speaking of rad returners, check in on the Event Store every week and pick up prehistoric classics like Jurassic Ken and Archaeolo-Jess or the booming Surround Pound hammer!

And be on the lookout for the VSS Gallant’s return as Beyond the Stellar Horizon is right around the corner on July 24. Get its production back on track and unlock the mythic Outlander, Azalea Clark.

Then, starting on August 7, Tales of Beyond is back! It’s up to you to discover if this new guest is friend or foe and unlock the primal Ninja Hero Paleo Luna, complete with the melee damage-boosting Saurian Claws perk.

The v21.30 update brings the new Player Marker device, the Prime Shotgun from Battle Royale, as well as new Galleries such as the Deserted Fortress collection, the Waterfall Gallery and the Cuddle Tree Prop Gallery. There are hundreds of new icons that can be used with devices like the Accolade, Tracker, and Beacon devices. Plus UI improvements, bug fixes, and more!

See also  Movin To The Country Season 2 Episode 1 Release Date and Time, Countdown, When Is It Coming Out?

In case you missed it, in v21.20 we introduced a new Hub layout that focuses on giving you a place to showcase the community’s artistic skills. To accomplish this, we have removed matchmaking portals and featured rifts. Instead, up to 8 Golden Rifts will be available to creator groups in the hub (one for each person in your party). There is also one Creator Showcase map selected by the Hub creator. You can also continue playing in private parties by using the Matchmaking Portal Console for the Creator Showcase map.

With the Player Marker device, you can create a marker that will display information about a player on their nameplate, specifically their Health, Shield, resources, and how far away they are on the island. You can also add an icon and customized text to your marker. Markers are visible on both the main map and the mini-map.

Note: The Player Marker is not visible unless a player has a nameplate attached to their player. If you don’t see the additional information when testing your island, make sure you have nameplates turned on. You can do that by going to My Island > Settings and scroll down to the Always Show Nameplates setting. Set it to Always Show to All or Always Show to Team.

The Prime Shotgun is a unique shotgun that rewards players who frequently reload. This shotgun deals bonus damage when firing with a full clip! Reload that first round over and over to maximize your damage.

With the new Waterfall Gallery, you can add waterfalls to your islands! Plus, the new Cuddle Tree Prop Gallery gives you options to create an interesting Cuddle Team-themed area.

Waterfalls are finally here! You have a selection of waterfall shapes and sizes to place on your islands.

UI CHANGES AND OTHER FEATURES

The Tracker device now supports new Quest Icon and Color options! The objectives displayed in the HUD have a new visual style too. Choose from hundreds of icons to find just the right image for your quests, and make each quest banner a different color to help players easily identify them.

OTHER UPDATES AND FIXES

See also  Fright Club Season 2 Episode 5 Release Date and Time, Countdown, When Is It Coming Out?

The Fortnite Battle Royale v21.30 update is here, which means this year’s summer celebration is almost here! Stay tuned for info in the coming days — but while you’re getting ready for that, be ready NOW with the new Prime Shotgun:

With the new Prime Shotgun, deal the most damage with the first shot of the clip — no warm-up required! Though not as powerful as the first, the remaining three shots offer a consistent damage rate across all three shots. Of course, you can keep track of how many shots remain with the on-screen ammo counter, but you can also keep track with the shotgun’s light display.

Want to deliver only heavy hitters? You can reload after the first shot, but if you need to deliver a fast follow-up, the other three shots have your back. The Prime Shotgun can be found from the ground, Chests, Supply Drops, Reality Saplings, fishing, and sharks.

Don’t see summer festivities in-game? No need to sweat — this year’s summer celebration begins in just a matter of days! Keep an eye out for celebration details this week.

This Season’s Super Level Styles have gotten an update! You can now select the Platinum Rift, Lapis Slurp, and Auric Blaze Styles alongside all other combinations of Malik, Evie, Adira, Sabina, and Stormfarer.

You may now download the PC patch for the Fortnite 21.30 Update. The addition of so much content has resulted in a download size that is 2.13GB, which is a little bit larger than typical.

In the player vs player battle mode of the survival game Fortnite, hundreds of players compete to be the last one standing. The game is fast-paced and action-packed, comparable to The Hunger Games in which survival depends on the ability to think strategically. Around 125 million people play Fortnite.

There are three different game modes for Fortnite that all use the same engine and have the same graphics, art assets, and gameplay mechanics.

Fortnite: Save the World

A cooperative game that pits players against the environment is called Fortnite: Save the World. The game mode entails four players cooperating on several tasks to accomplish a common objective. The game takes place after a terrible storm kills 98% of the population and leaves the survivors susceptible to “husks” that resemble zombies. The players must gather supplies, provide aid to those in need, and protect machinery that helps either acquire information about the storm or repel it as a commander. Different in-game items are given to players as rewards; these items can be utilized to level up.

The 100-player battle royale mode in Fortnite Battle Royale is played in a player-versus-player fashion. It can be played alone, with a partner, or with a team. A “Battle Bus” that flies around the game’s map drops off players. Without any weapons, they are dropped. When they arrive, they must search for weapons, gear, supplies, and even vehicles while attempting to survive an attacking and eliminating other players.

The sandbox game mode in Fortnite Creative is comparable to Minecraft. Players can create anything from the game, including battle arenas, race circuits, platforming difficulties, and more, anywhere they want on an island in the game. 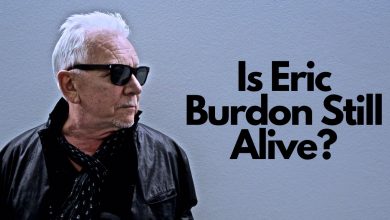 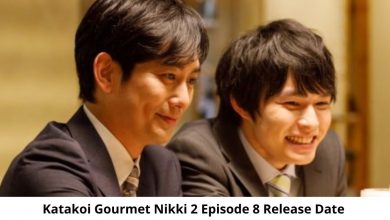 Katakoi Gourmet Nikki Season 2 Episode 8 Release Date and Time, Countdown, When Is It Coming Out? 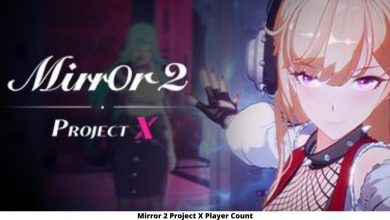 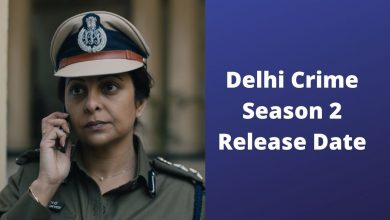 Delhi Crime Season 2 Release Date and Time, Countdown, When Is It Coming Out?