Canada’s Denis Villeneuve felt both the thrill of glory and the sting of being snubbed Tuesday as his sci-fi epic “Dune” received 10 Oscar nominations — Best Picture among them — but not one for Best Director.

The Quebec writer/director’s MIA status in this major category was the biggest and most curious omission of all the nominations for the 94th Academy Awards, for a film that many credit with bringing moviegoers back to theatres despite the continuing pandemic. It has earned nearly $400 million (U.S.) worldwide, more than the other nine Best Picture nominees combined.

Jane Campion’s gothic western “The Power of the Dog” leads the Oscars field with 12 nominations, including Best Picture, Best Director and acting noms for all four of its main characters: Benedict Cumberbatch for Best Actor, Kirsten Dunst for Best Supporting Actress and Kodi Smit-McPhee and Jesse Plemons for Best Supporting Actor. (Dunst and Plemons, both receiving their first nominations, are married in real life and in their movie, an Oscars rarity.)

The genial Villeneuve, who had previously received a Best Director nomination for the sci-fi drama “Arrival” in 2016, had been considered a shoo-in for his work on “Dune.” Set on a desert planet called Arrakis, the film is based on Frank Herbert’s classic 1965 sci-fi novel, an interstellar saga of feuding colonial dynasties and struggling Indigenous people.

Villeneuve, 54, is one of the five nominees for this year’s Directors Guild of America Awards, which often points to a Best Director rematch at the Oscars. Campion has the DGA/Oscars combo, as do Paul Thomas Anderson (“Licorice Pizza”), Kenneth Branagh (“Belfast”) and Steven Spielberg (“West Side Story”).

The fifth spot in the Oscars’ Best Director race went to a helmer whom the DGA didn’t recognize: Japan’s Ryusuke Hamaguchi for “Drive My Car,” a nearly three-hour drama of grief and self-discovery that has been a favourite of critics this awards season but not regular moviegoers.

Villeneuve joked about his Oscars anxiety, even as he congratulated his “Dune” team: “Here is a trick for all filmmakers on Oscars nomination morning. At the very last minute before announcements, make pancakes. It helps with the stress.”

The Oscar snub for Villeneuve wasn’t entirely unexpected. He was also bypassed for directing honours in the recent nominations for the BAFTAs, Britain’s top film awards, where “Dune” leads the field with 11 nominations.

Villeneuve could still end up on the Academy stage during the March 27th Oscars telecast. He’s one of three nominated producers for his film and one of three co-writers for it, so a win for Best Picture and/or Best Adapted Screenplay would see him personally receive a golden statue.

And “Dune” fared far better than another blockbuster contender: “Spider-Man: No Way Home,” a box-office behemoth that many thought might crack the Best Picture race. It received just one Oscar nomination, for Best Visual Effects.

Oscar made more good calls that bad ones on Tuesday, especially in the acting categories, where many actors received recognition for their work in films that didn’t make the Best Picture list.

This was especially evident in the Best Actress category, which had the rare distinction of all five nominees not being Best Picture contenders: Jessica Chastain (“The Eyes of Tammy Faye”), Olivia Colman (“The Lost Daughter”), Penélope Cruz (“Parallel Mothers”), Nicole Kidman (“Being the Ricardos”) and Kristen Stewart (“Spencer”). A notable snub in this category was Lady Gaga for her role as fashion house schemer Patrizia Reggiani in the critically reviled but audience-loved “House of Gucci.”

The Best Actor hunt has a mix of Best Picture contenders and significant also-rans: Benedict Cumberbatch (“The Power of the Dog”) and Will Smith (“King Richard”) each have strong odds to win, but you can’t count out the other contenders: two-time previous Oscar winner Denzel Washington (“The Tragedy of Macbeth”), Javier Bardem (“Being the Ricardos”) and Andrew Garfield (“tick, tick…BOOM!”).

Best Supporting Actress is dominated by Best Picture contenders, with only Jesse Buckley (“The Lost Daughter”) representing a film not competing for the top prize. The other contenders are Ariana DeBose (“West Side Story”), Judi Dench (“Belfast”), Kirsten Dunst (“The Power of the Dog”) and Aunjanue Ellis (“King Richard”).

There’s a real “Dog” fight for Best Supporting Actor: Jesse Plemons and Kodi Smit-McPhee are both competing to win this award for their work in “The Power of the Dog.” Their estimable rivals are Ciarán Hinds (“Belfast”), Troy Kotsur (“CODA”) and J.K. Simmons (“Being the Ricardos”).

Five Canadian short films were on the Oscars long list for the animated, live-action and documentary shorts categories, but just one made it to the final nominees tally: the NFB’s “Affairs of the Art,” the story of a working-class heroine named Beryl, by director Joanna Quinn and writer/producer Les Mills, the fourth chapter of series that began in 1987 with the short “Girls Night Out.”

The Academy of Motion Picture Arts and Science said it had the largest turnout of its nearly 9,500 voting members in its 94-year history, although it didn’t specify exactly how many voted for the nominees. 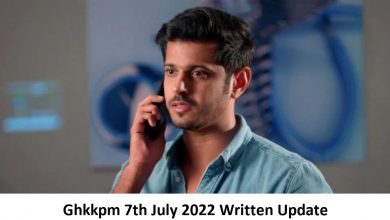 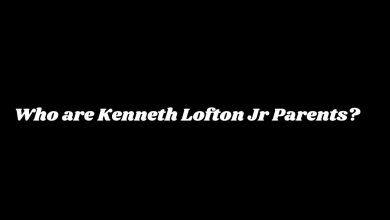 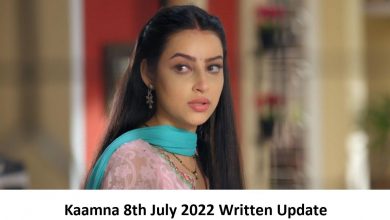