“Saga” is back, although it never went away, but it’s a great opportunity to jump on board, or possibly back on board. It’s complicated.

Created by writer Brian K. Vaughan and Canadian artist Fiona Staples, “Saga” is a space-age “Romeo and Juliet” in which lovers Alana and Marko, and their baby daughter Hazel, are hunted across the galaxy. But the monthly instalments themselves disappeared when its creators took a break in July 2018 after 54 issues — and on a cliffhanger in the story.

Now it’s back — issue 55 gained gushing reviews when it appeared on Jan. 26; Vaughan and Staples are now confidently talking about the next 54 issues.

And Image has issued the previous nine books in a fancy slipcase edition that’s a superb way to acquire 1,500 pages of one of the best adult graphic novel series of the 21st century.

By Kyle Starks and Chris Schweizer Kyle Starks never tires of creating the most entertaining comic books around. This new one, in collaboration with his best pal, the amazing artist Chris Schweizer, is a dark, hilarious joy. Even its concept is a good chuckle.

Trigger Keaton, star of action-packed TV shows, is dead. The authorities aren’t suspicious, but six of Trigger’s former onscreen sidekicks believe he was murdered and they unite to solve the mystery.

There’s a problem, though: everybody hated Trigger Keaton, justifiably. An appalling person reflecting the worst of Hollywood, he used, abused and discarded people, especially sidekicks, for decades. So how do you solve a murder when everybody’s glad the victim is dead and everybody’s a suspect?

Read on to find out, amid car chases, bewilderingly massive kung fu battles and emotional character arcs all round. Plus it is enormously funny.

Come Over Come Over

It’s been far too long since we saw Maybonne Mullen, but she’s back in bookstores, with her sister Marlys in tow.

This book represents a perhaps-neglected part of Lynda Barry’s career, reissuing ’80s and ’90s strips featuring the older sibling. “Come Over Come Over” follows the success of “The Greatest Of Marlys,” which collected the kid sister’s solo adventures.

Barry is one of the most influential underground cartoonists of the last 50 years, partly because she tells affecting stories from the point of view of these young girls, and there’s much more to that than just angst and bickering. Alongside cheeky strips like Marlys’ Beach Bingo (squares on the cut-out-and-keep bingo cards include “man with bosoms”), there are insights into human experiences, such as how the girls are affected by their parents’ divorce.

Charming and clever, these strips deserve to be read and reread. This book’s pathetic and for once that’s a good thing. Make no mistake: it’s entertaining and rewarding. There’s just a lot of pathos in there. Although I felt guilty for laughing, I still laughed.

Meet Sgoobidoo, canine detective, and his owner Sammy, and follow their career cracking cases and righting wrongs. Except they don’t have one. There are no real cases and they’re not detectives. Sammy is a fantasist and Sgoobidoo is, well, a dog. The whole affair is — and there is no better word for this — pathetic.

And it’s amusing stuff. Perhaps it takes a weird sense of humour to understand Cathon’s work, but there’s no shame in that. An exciting talent from Quebec’s dynamic comics scene, she’s made a twisted treasure in “The Adventures of Sgoobidoo” — let’s hope we get more.

Mike Donachie is a writer/editor in London, Ont. 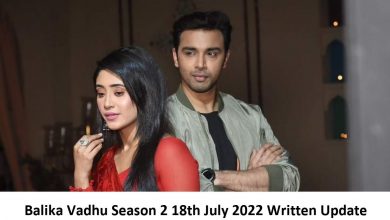 Lose yourself — virtually — among hundreds of good books: Immersive ‘The Library At Night’ finally comes to Toronto 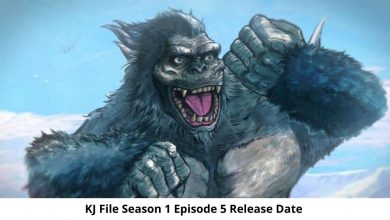