“This is a pretty cushy day, sitting out on the beach with umbrellas,” said Jim Watson, the actor who plays Dr. Theo Hunter on “Transplant.”

It was also an unusual day. Although the popular CTV drama is set in a fictional Toronto hospital, it’s shot on a sound stage in Montreal. But on a brilliantly sunny day in late August, Watson, Laurence Leboeuf (Dr. Magalie “Mags” Leblanc), Ayisha Issa (Dr. June Curtis) and Hamza Haq (Dr. Bashir “Bash” Hamed) were gathered at HTO Park on Toronto’s waterfront to shoot their final scene of Season 2.

The actors were clad not in hospital scrubs but in dress-up clothes for an Episode 11 scene in which they head to the beach after their dinner plans are interrupted (there are 13 episodes all together, but they were shot out of order). The show returns Monday to CTV, where its first season attracted an average audience of 1.4 million, very good numbers for a Canadian series. (NBC has not yet announced a date for its U.S. return.)

The actors, like the doctors, were in something of a celebratory mood.

Shooting any TV series during the COVID-19 pandemic is a challenge and the start of production for Season 2 of “Transplant” had been delayed to February 2022 from the previous August.

“It was just good to be back,” said Haq. “There was just a sense of relief and then slowly happiness started to creep in.”

Leboeuf echoed that: “We felt really lucky and blessed to be able to go back to work, and we were gonna wear the mask and the goggles, do the distancing and all that stuff … it didn’t really matter, we were just so happy to get back to working.”

“Transplant” is centred around Bash, a doctor and Syrian refugee who gets a second chance as an ER resident thanks to the hospital’s chief of emergency medicine (played by Scottish actor John Hannah), whose life Bash saved after a truck crashed into the restaurant where he worked.

The show and Haq have worked hard to get the refugee part of the story right. “Transplant” employs a team of Syrian refugee consultants (one of whom, Ahmad Meree, joined the cast this season) while Haq has continued to research the after-effects of living through a conflict like Syria’s civil war.

And the second season will continue to explore that part of Bash’s journey, including his ongoing struggle with PTSD. But it will also focus on who Bash is as a person, Haq said.

“Obviously, we had to start off from the refugee story and that’s something that I had to nail. That’s something that we all had to get right … But at the same time, this is also an inherently Canadian story in that he’s trying to find his way here in this country, and not only the benefits here but the challenges here,” said Haq, who was born in Saudi Arabia to Pakistani parents and has lived in Canada since he was nine. “And for me the most rewarding bit is when we just lean into his humanity.”

Among Bash’s challenges this season is interacting with the new acting chief of emergency medicine, Dr. Novak (Gord Rand), after Bash’s mentor, Dr. Bishop, had a stroke in last season’s finale. There’s also the return of a woman from Bash’s past (Nora Guerch) whom he thought had died in Syria. Her identity was the biggest mystery in the Season 1 finale, and we’ll find out who she is right off the top of Season 2.

The big challenge for Haq as an actor was “crippling anxiety as to whether I could find the character again after a year and a half away.”

It helped, he said, that his first Season 2 scene was with Leboeuf and they were “coming at it with similar nerves.”

In the fictional world of York Memorial Hospital, Bash has bonded with his fellow doctors, especially Leboeuf’s Mags. In the real world, the actors have all gotten close too.

“The most frustrating thing about this season was COVID and the fact that we couldn’t hang out,” Montreal native Leboeuf said. “Like seriously, that was so bitter, to not be able to have our dinners and go out on weekends and, like, see each other outside. That really hurt because … even on set, we weren’t allowed to eat together.”

They could perhaps take comfort from the fact their characters’ onscreen relationships are growing.

“The first season was really trying to establish who (Bash) was and where he’s going,” said Watson, who’s from North Bay. “Now it’s who he is within us and I think it’s really special; you just get a lot deeper conversations this season.”

“The way Joe’s written these characters is that you uncover one layer and now we’re dealing with something else,” said Montrealer Issa, referring to “Transplant” creator Joseph Kay.

“I think that’s why the show’s been so successful is because they did such a great job of writing these characters as full humans.”

All the actors, interviewed separately, said they relished the challenges their characters face this season, although they couldn’t go into detail, not wanting to give away any spoilers. It’s safe to say, though, that brilliant, driven Mags will continue struggling with work-life balance; that dedicated Theo will continue to be torn between the job he loves in Toronto and the family he loves in Sudbury; and that ambitious surgeon June is still weighing whether to apply for chief resident.

Added Watson, “I think the writing team took a bit of a chance on me and allowed me to kind of stretch a little bit this season … Theo goes on some journeys, to say the least. And there’s a lot of ups and downs, I’ll just leave it at that.”

“I am more excited about Season 2 (than) Season 1 and I think that’s saying a lot,” said Issa. “When I read Season 2 and I see the evolution of all the characters, I’m just like, ‘Oh, this is so juicy. This is so juicy I almost don’t want to know too much because I want to be able to really enjoy it when I’m watching it.’”

Debra Yeo is a deputy editor and a contributor to the Star’s Entertainment section. She is based in Toronto. Follow her on Twitter: @realityeo 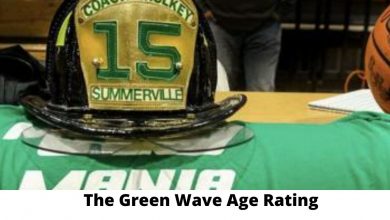 The bestselling books in Canada for the week ending Jan. 26, 2022 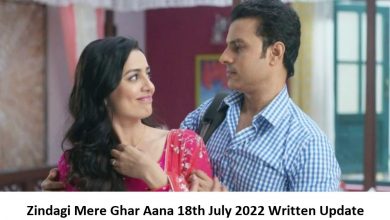 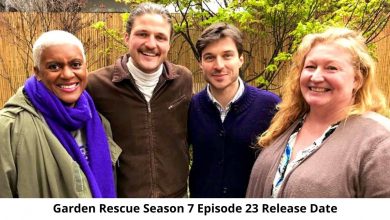 Garden Rescue Season 7 Episode 23 Release Date and Time, Countdown, When Is It Coming Out?