In Oklahoma, a bill was introduced in
the state Senate that would prohibit public school libraries from keeping books
on hand that focus on sexual activity, sexual identity or gender identity.

In Tennessee, the McMinn County Board of
Education voted to remove the Pulitzer Prize-winning graphic novel “Maus” from
an eighth-grade module on the Holocaust because of nudity and curse words.

Parents, activists, school board
officials and lawmakers around the country are challenging books at a pace not
seen in decades. The American Library Association said in a preliminary report
that it received an “unprecedented” 330 reports of book challenges, each of
which can include multiple books, in the fall.

“It’s a pretty startling phenomenon here
in the United States to see book bans back in style, to see efforts to press
criminal charges against school librarians,” said Suzanne Nossel, chief
executive of free-speech organisation PEN America, even if efforts to press
charges have so far failed.

Such challenges have long been a staple
of school board meetings, but it isn’t just their frequency that has changed,
according to educators, librarians and free-speech advocates — it is also the
tactics behind them and the venues where they play out. Conservative groups in
particular, fuelled by social media, are now pushing the challenges into
statehouses, law enforcement and political races.

“The politicisation of the topic is
what’s different than what I’ve seen in the past,” said Britten Follett, chief
executive of content at Follett School Solutions, one of the country’s largest
providers of books to K-12 schools. “It’s being driven by legislation; it’s
being driven by politicians aligning with one side or the other. And in the
end, the librarian, teacher or educator is getting caught in the middle.”

Several books are drawing fire
repeatedly in different parts of the country — “All Boys Aren’t Blue” has been
targeted for removal in at least 14 states — in part because objections that
have surfaced in recent months often originate online. Many parents have seen
Google docs or spreadsheets of contentious titles posted on Facebook by local
chapters of organisations such as Moms for Liberty. From there, librarians say,
parents ask their schools if those books are available to their children.

“If you look at the lists of books being
targeted, it’s so broad,” Nossel said. Some groups, she noted, have essentially
weaponised book lists meant to promote more diverse reading material, taking
those lists and then pushing for all the included titles to be banned.

See also  Apps for travellers dreaming of their next trip

Advocacy group No Left Turn in Education
maintains lists of books it says are “used to spread radical and racist
ideologies to students,” including Howard Zinn’s “A People’s History of the
United States” and Margaret Atwood’s “The Handmaid’s Tale.” Those who are
demanding certain books be removed insist this is an issue of parental rights
and choice, and that all parents should be free to direct the upbringing of
their own children.

Others say prohibiting these titles
altogether violates the rights of other parents and the rights of children who
believe access to these books is important. Many school libraries already have
mechanisms in place to stop individual students from checking out books of
which their parents disapprove.

Author Laurie Halse Anderson, whose
young adult books have frequently been challenged, said that pulling titles
that deal with difficult subjects can make it harder for students to discuss
issues like racism and sexual assault.

“By attacking these books, by attacking
the authors, by attacking the subject matter, what they are doing is removing
the possibility for conversation,” she said. “You are laying the groundwork for
increasing bullying, disrespect, violence and attacks.”

“There are different stages of
development of sexuality in our lives, and when that’s disrupted, it can have
horrible long-term effects,” she said.

“The bottom line is if parents are
concerned about something, politicians need to pay attention,” Justice added.
“2022 will be a year of the parent at the ballot box.”

Christopher M Finan, executive director
of the National Coalition Against Censorship, said he has not seen this level
of challenges since the 1980s, when a similarly energised conservative base
embraced the issue. This time, however, that energy is colliding with an effort
to publish and circulate more diverse books, as well as social media, which can
amplify complaints about certain titles.

“It’s this confluence of tensions that
have always existed over what’s the proper thing to teach kids,” Finan said.

“These same issues are really coming
alive in a new social environment,” he added, “and it’s a mess. It’s a real
mess.”

Book challenges aren’t just coming from
the right: “Of Mice and Men” and “To Kill a Mockingbird,” for example, have
been challenged over the years for how they address race, and both were among
the library association’s 10 most-challenged books in 2020.

In the Mukilteo School District in
Washington state, the school board voted this week to remove “To Kill a
Mockingbird” — voted the best book of the past 125 years in a survey of readers
conducted by The New York Times Book Review — from the ninth-grade curriculum
at the request of staff members. Their objections included arguments that the
novel marginalised characters of colour, celebrated “white saviorhood” and used
racial slurs dozens of times without addressing their derogatory nature.

While the book is no longer a
requirement, it remains on the district’s list of approved novels, and teachers
can still choose to assign it if they wish.

In other instances, efforts to ban books
are more sweeping, as parents and organisations aim to have them removed from
libraries, cutting off access for everyone. Perhaps no book has been targeted
more vigorously than “The 1619 Project,” a bestseller about slavery in the US
that has drawn wide support among many historians and Black leaders and which
arose from the 2019 special issue of The New York Times Magazine. It has been
named explicitly in proposed legislation.

Political leaders on the right have
seized on the controversies over books. The newly elected governor of Virginia,
Glenn Youngkin, a Republican, rallied his supporters by framing book bans as an
issue of parental control and highlighted the issue in a campaign ad featuring
a mother who wanted Toni Morrison’s “Beloved” to be removed from her son’s high
school curriculum.

In Texas, Gov Greg Abbott demanded that
the state’s education agency “investigate any criminal activity in our public
schools involving the availability of pornography,” a move that librarians in
the state fear could make them targets of criminal complaints. The governor of
South Carolina asked the state’s superintendent of education and its law
enforcement division to investigate the presence of “obscene and pornographic”
materials in its public schools, offering “Gender Queer” as an example.

The mayor of Ridgeland, Mississippi,
recently withheld funding from the Madison County Library System, saying he
would not release the money until books with LGBTQ themes were removed,
according to the library system’s executive director.

“I didn’t know that was something you
could do, file a criminal complaint against a book,” Johnson said in an
interview. The complaint was dismissed by the sheriff’s office, but the book
was subsequently removed from school libraries while it was reviewed by a
committee.

At a school board meeting where the book
was debated, a group of students protested the ban and distributed free copies,
while counterprotesters assailed it as pornography and occasionally screamed
obscenities and anti-gay slurs, according to a student who organised the
protest and posted video footage of the event.

Johnson made a video appearance at the
meeting and argued that the memoir contained valuable lessons about consent and
that it highlighted difficult issues that teenagers are likely to encounter in
their lives.

A district committee reviewed the book
and determined it was “appropriate for use” in high school libraries, but the
decision was overruled by the county superintendent, who told the school board
that “All Boys Aren’t Blue” would be kept out of libraries, while new policies
are created to allow parents to have more control over which books their
children can access. Several other young adult titles that had been challenged
and removed were restored.

Jack Petocz, a 17-year-old student at
Flagler Palm Coast High School who organised the protest against the book ban,
said that removing books about LGBTQ characters and books about racism was
discriminatory and harmful to students who may already feel that they are in
the minority and that their experiences are rarely represented in literature.

“As a gay student myself, those books
are so critical for youth, for feeling there are resources for them,” he said,
noting that books that portray heterosexual romances are rarely challenged. “I
felt it was very discriminatory.”

So far, efforts to bring criminal
charges against librarians and educators have largely faltered, as law
enforcement officials in Florida, Wyoming and elsewhere have found no basis for
criminal investigations. And courts have generally taken the position that libraries
should not remove books from circulation.

Nonetheless, librarians say that just
the threat of having to defend against charges is enough to get many educators
to censor themselves by not stocking the books to begin with. Even just the
public spectacle of an accusation can be enough.

“It will certainly have a chilling
effect,” said Deborah Caldwell-Stone, director of the American Library
Association’s office for intellectual freedom. “You live in a community where
you’ve been for 28 years, and all of a sudden you might be charged with the
crime of pandering obscenity. And you’d hoped to stay in that community
forever.”

She said that aggressively policing
books for inappropriate content and banning titles could limit students’
exposure to great literature, including towering canonical works.

“If you focus on five passages, you’ve
got obscenity,” Caldwell-Stone said. “If you broaden your view and read the
work as a whole, you’ve got Toni Morrison’s ‘Beloved.’ ” 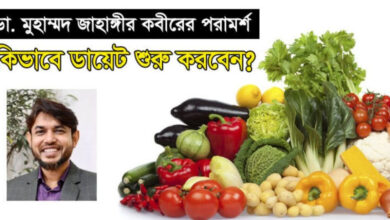