In this age of typos, not even the Queen is safe.

Sunday is the Platinum Jubilee of Elizabeth II, or the 70th anniversary of when Her Majesty ascended the throne. There are events planned across the Commonwealth. And there is no shortage of commemorative merch. But before shelling out on a T-shirt, blanket, jumper, anorak, brolly, spoon, cagoule or, most especially, crockery, get a proofreader to squint at the inscription.

We all make mistakes. To err is human. Still, even Alexander Pope would be busting a gut this week after learning more than 10,000 souvenir cups and plates for the Platinum Jubilee were tragically imprinted in a Chinese factory with “Platinum Jubbly.”

Ariana Grande once tattooed “7 Rings” onto her hand in Japanese. But something was lost in translation. Her hand ended up reading, “small barbecue grill.” Sometimes, a typo or wrong word can be ghoulish and terrifying. This occurred in 2010, when an Australian cookbook, as Mental Floss reported, printed a recipe for tagliatelle that encouraged pasta enthusiasts to season the sardines and prosciutto with “salt and freshly ground black people.”

Good lord! Does this mean I need to liquify Vanilla Ice to blend a vanilla smoothie?

You know how people are saying we must learn to live with COVID? I now think we must also learn to live with typos and a creeping assault on the English language. It brakes my hart. But grammar nazis, punctuation nerds, capitalization cops, they are now waging a hopeless war.

How on earth does “jubilee” become “jubbly”? I’ll tell you how. Nobody cares! And that’s because English is the most elastic language in history. For example, just think about the, ah, F-word. It can be a noun, adjective, interjection and verb, both transitive and intransitive. I once heard an irate drunk in a bar somehow flip it into a preposition. I put down my martini and clapped.

Now think about the shorthand and slang that are endemic in our personal communication. I’m a dinosaur who texts in complete sentences with correctly spelled words and all the requisite commas and periods. That puts me in the minority. I am obviously a fuddy-duddy. I’m a loser. The semantic culture is in overdrive and I’m stuck in neutral. By contrast, when I get texts from my teen daughters, I’m tempted to hire a code breaker to decipher the alphanumeric gibberish.

Can you tell me if my child is protesting the G8 or if math class was great?

There are no penalties anymore for being sloppy with the language. Under the former U.S. president, the White House was basically a factory of proud illiteracy, churning out typos and neologisms: “seperation,” “wether,” “tarrifs,” “tapp,” “attaker,” “covefefe,” “uniom,” “predisent,” “honered.” Agent Orange once misspelled his own wife’s name as “Melanie.”

Sunday is the Platinum Jubbly? Fine. Good. Whatever. I surrender. I may even try to buy my mom the cup and plate from this botched collection so she can be doubly jubbly. At some point, language rules became optional and now we are sinking in the typographical quicksand.

See also  P Valley Season 2 Episode 9 Release Date and Time, Countdown, When Is It Coming Out?

How many times have friends said, “You know what I mean.”

That’s the problem with English. The morphology is so forgiving, you can pretty much wing it. I’m working on my French and Spanish, and those jigsaw puzzles need all the pieces. If English didn’t have so many homonyms, a self-serve bakery would have never encouraged patrons to “please use tongues or tissue paper when making your selection.” Yeah, go ahead and lick that cruller.

Dropping just one letter in an English word can result in a completely different meaning, as a meat company discovered after bragging of their, “100% Anus Beef.” Even a switched letter can be potentially scandalous: “Julia Roberts Finds Her Life And Her Holes Get Better With Age.”

And we haven’t touched on the danger of similar sounding words of four or more syllables that start with the same letter, as one headline writer discovered in 2015, after informing Oakland baseball fans: “Amphibious Pitcher Makes Debut.”

He wasn’t ambidextrous! He was amphibious!

He threw strikes and then swam to Guam with Aquaman!

People, I give up. If nobody can be bothered spell-checking inexplicable signs outside public washrooms (“Feman”) or private parking spots (“Your Car Might Get Toad”), there is no point in being a stickler in 2022. Just write whatever you want and we will figure it out: “lez meat @ 7 for dindin & your gonna so ♡ the taglyatail!!! The wether looks g8, so I booced a padio tabel.”

Our beautiful language is under siege and there are no linguistic bomb shelters. Merriam-Webster is now consulted less than a personal injury lawyer in a suburban strip mall. Syntax, spelling, standard usage, it’s all quaint. A bow and curtsy to Elizabeth II for Sunday’s Platinum Jubbly.

See also  Review: In ‘Marry Me,’ Jennifer Lopez leans into her stardom 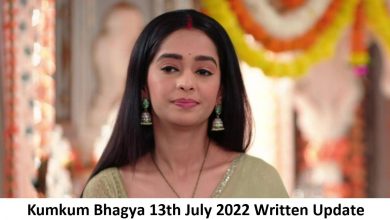 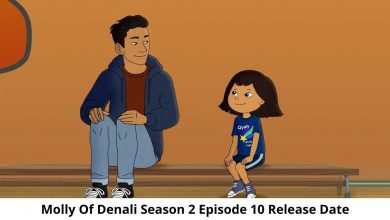 Molly Of Denali Season 2 Episode 10 Release Date and Time, Countdown, When Is It Coming Out? 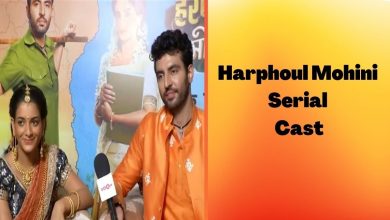