Some 2,204 candidates have been recommended provisionally for appointing to different cadres, said a release. Of them 465 were recommended for general cadres.

The results are now available at PSC’s its website, www.bpsc.gov.bd.

The process for the 38th BCS started following a Ministry of Public Administration requisition to the PSC on March 5, 2017 for the recruitment of 2,024 cadre officers. 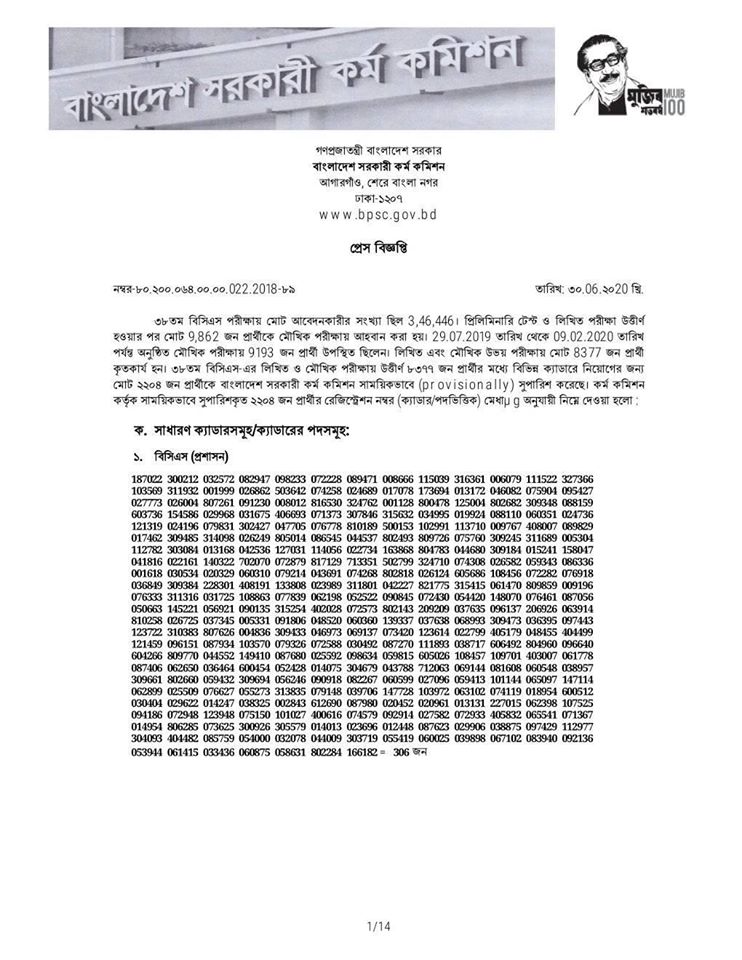 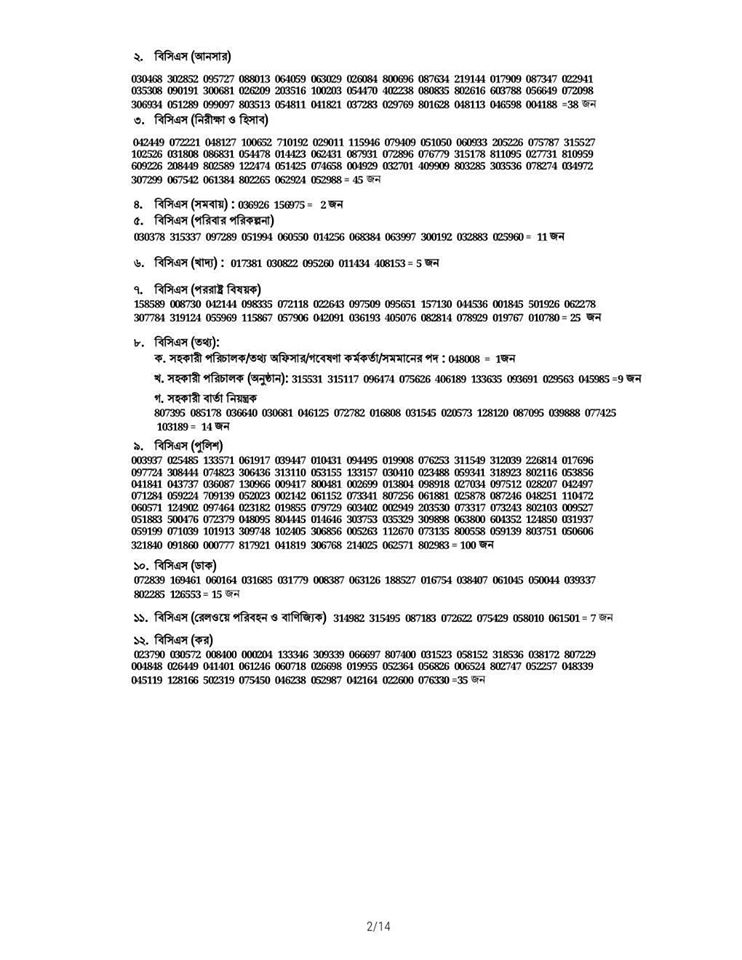 The written test ended on August 13, 2018 and the results were published on July 1, 2019, which is a new record of delay for written result. The PSC then took viva test of over nine thousand successful candidates till February this year.

Contacted, PSC Chairman Mohammad Sadiq said, “We were preparing to publish the results by the end of March or the first week of April. But the coronavirus has changed everything. We were really helpless. We have started working after the lock down.” 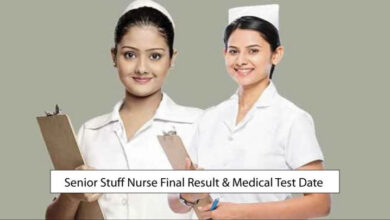 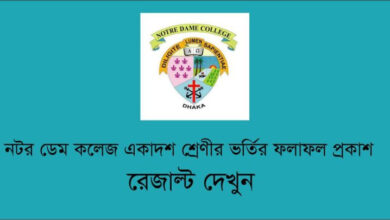 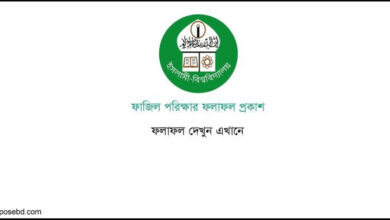 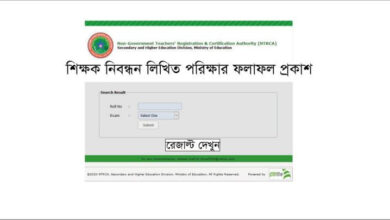